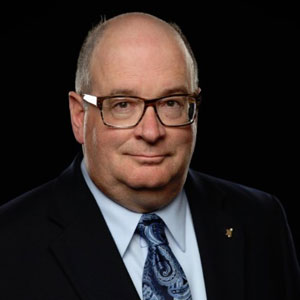 In 2004 Nicholas Carr released an article entitled Does IT Matter and raised a question that lurks in the minds of CIOs everywhere. We often ask ourselves, Why am I doing this? Or What good am I doing?  The gist of the article revolved around the commoditization of IT. If technology is a commodity, then the average use can service his own needs without the aid and succor of an IT department. To buttress his argument, Carr used the examples of railroads and electrification in the early twentieth century. When those technologies matured, businesses no longer needed technocrats to guide them in the adoption of electricity, in particular.

A possible flaw in Carr’s vision lies in his conception of maturity. Following the rapid electrification of the United States, the technology basically reached stasis for nearly a century. Only the rapid adoption of home-based solar panels is changing the model. Yet, even that has not really altered the way we use electricity. Carr posited that Information Technology had reached a mature state by the beginning of this century, and in that I think he was in error. If anything, the pace of innovation has accelerated.

Yet, Carr’s fundamental point remains true. CIOs, particularly higher education CIOs who are focused on providing basic technology to their campuses risk becoming irrelevant. It is true that while maintaining a secure, scalable and flexible IT infrastructure is non-trivial, most provosts and college presidents will shrug and remark that the CIO is merely doing what he is supposed to be doing. And they give it no further thought.

What are the services that are of value and IT has naturally mastered?

1. Build a Program Management Office – IT is project oriented. The successful IT operations have developed competence in Project Management and Change Management. Large institutions often have major projects and the execution of those projects can turn into the equivalent of a forest fire. First IT must demonstrate the ability to deliver its projects on-time and on-budget. Every time. Then several of the following activities solidify the IT reputation.

The CIO that actively works to make IT a viable partner to the institution is in no danger of being discarded as an obsolete commodity. This CIO has made IT matter​

• Offer short classes to other employees of the institution on basic project management techniques. This includes basic business analysis and project analysis, as well as writing project charters.

These kinds of activities will ultimately result in the IT Program Management Office becoming a de facto Corporate PMO. And when a massive technology related project surfaces, such as the implementation of a new ERP system, the CIO can successfully cast the project as a business project with IT providing help.

2. Build a Vendor Management Office – One of the more successful CIOs has an IT department that consists of the CIO and thirteen contract administrators. In a time of flexible sourcing, IT spends a lot of time maintaining vendor relationships. A big part of this is reading and evaluating vendor contracts. Vendors assume that nobody reads the contracts, and they are mostly correct. This presents opportunities to save a lot of money and keep the institution out of trouble. This represents a valuable skillset for the institution. Once again, the CIO must look for ways to package these skills as a service for the rest of the organization.

• Offer to review and vet contracts for other departments in the institution. Make available a document that lists the guidelines and pitfalls of vendor contracts. Most employees would rather visit the dentist than read a contract, so you are offering opportunities to the institution.
• Offer to negotiate new contracts on behalf of a department. Every contract is structured to favor the vendor, without exception. A priority in contract negotiation is to identify those items and get them arranged in the customer’s favor. IT has been doing this for decades.
• Although most institutions have Procurement Departments, IT sometimes has developed expertise in purchasing as well.
• Since IT often consumes a significant portion of the institutional budget, IT has also developed budgeting expertise. Offering consultation is a plus.

While VMOs would not often be involved in value creation, they can offer a level of services that identify IT as a key partner in the ongoing business of the institution.

3. Develop a Center of Innovation–Out of the box thinking often results in dramatic new initiatives resulting in new lines of revenue or new lines of business. The effective IT department has immense problem-solving skills and with some effort and utilize these skills in brainstorming and ideation. There are nascent opportunities here if the CIO can recognize them and then take advantage.

• Study the IT workforce and identify innovators. Encourage them to mingle with faculty (in higher education institutions) or employees from other departments. They will begin to develop ideas on projects that provide value to an academic program or a line of business. Some of these might lead to a permanent presence of IT in these areas.
• Create a prototype of a Makerspace where students can experiment with 3D printing, additive manufacturing and CNC tools. This may lead to a permanent installation and one that IT can take natural ownership of.

Initiatives like this increase the visibility of the institution during a very competitive era.

The CIO that actively works to make IT a viable partner to the institution is in no danger of being discarded as an obsolete commodity. This CIO has made IT matter.