A Sunny Outlook for Solar Tech 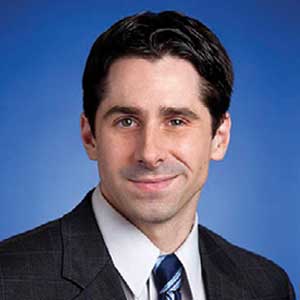 As environmental appeal and regulatory support grow, technology improves, and costs decrease, solar energy is becoming increasingly accessible and thus, more commonplace across the United States. Risks, however, continue to prevail. Slow development of battery storage technologies and significant upfront investment, as well as regulatory uncertainty, are somewhat holding back the use and financing of solar energy.

But as solar energy companies are already discovering, leveraging data may go some way to alleviate some of these woes and further drive down costs –helping to spur solar energy uptake despite the hurdles.

The appeal of solar energy has long been environmental; namely its contribution to systematic decarbonization. Increased uptake of solar energy over time, however, has driven down costs – meaning that solar energy now appeals from an economic perspective, too. With non-renewable sources of power, such as coal, increasingly vulnerable to volatile power prices and input costs, businesses are increasingly hedging this risk by producing or procuring solar energy instead.

Supportive state-level legislation continues, as it long has, to heavily enable improved solar deployment. California and Massachusetts, for example, have both pledged to be 100 percent renewable by 2045 and entered into carbon pricing schemes, having recognized the cost of carbon to the economy at large, with the former mandating that all homes built after 2020 must have rooftop solar panels installed.

Despite these drivers, the proliferation of solar energy is currently held back by two main factors. First, insufficient battery storage capacity means the inherent unreliability of solar energy persists, and creates a preference for conventional generation. And until battery storage technologies develop to meet the required needs, intermittency will continue to be a risk.

What’s more, despite supportive legislation and declining costs, the upfront investment required for solar power generation is still significant. And if current subsidies erode – a possibility that has emerged since the election of President Trump, a champion of coal – this risk will be further compounded. Indeed, tariffs already implemented on solar panels produced in China could prevent further cost reduction even as installed costs should continue to fall.

Data as a solution

Seeking to solve the risk of unaffordability, generators are turning to data technology, leveraging the data they amass on consumer habits and power usage to better understand demand, reduce over-spending on infrastructure and, ultimately, drive down capital expenditure and power prices for consumers.

We are also observing energy companies using digitalisation to mitigate risks of unreliability related to intermittency. In our recent ESG Evaluation, we assessed the customer engagement for NextEra Energy (whose energy blend is 22 percent solar) as “leading”, partly due to its use and development of predictive analysis algorithms to enhance its asset management systems and minimize unexpected service interruptions, thus strengthening reliability metrics and customer satisfaction.

What’s more, as several regions across the globe seek to make the transition to smart cities (notably, California and Sweden), the true power of this data is coming to light. The development of smart cities relies on data that is heavily influenced by solar installation and usage patterns. It is only with access to this data that the possibility of greater efficiencies, necessary for the realisation of greener smart cities, can be achieved.

The benefits of solar technology then, from not only environmental and economic standpoints but also a data collection standpoint, place it as a promising energy source which could spur efficiencies on a wider scale. And as solar and battery costs decline as the effect of critical mass takes hold, we expect the rate of solar deployment to continue to increase, even if current subsidies erode – especially with the vital role that solar plays in the development of smart cities. The future for solar technology, then, is certainly bright. A sunny outlook for solar tech.