Agile Manufacturing and Robotics: An Inside Look to the Future of Aerospace Assembly 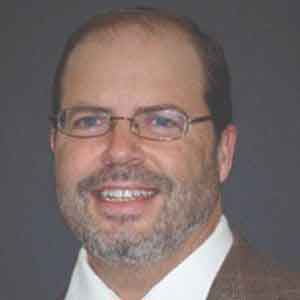 As a young boy growing up, I always asked my father about how different things were made. This was a nightly ritual of both genuine interests, but also a stalling tactic we both recognized. Whether that night’s inquiry on how some item was manufactured was about eyeglasses, cars, paper towels, boats, garden hoses, or airplanes, my father always gave me enough description to at least lead me to believe he knew and subsequently quenched my imagination.

My other fascination and interest at that point centered around seeing all the aircraft at the annual air show, as I grew up adjacent to a large U.S. Air Force base. Yes, I am still one of those looking up with interest at whatever is flying overhead, even to the point of walking outside if I don’t audibly detect what kind of airplane or rotorcraft I hear. Looking back, it is no wonder I became an engineer with a career in aerospace manufacturing and assembly. Fast forward three decades, and I still have that fascination about where the next advances and innovations are leading us.

Many models of aircraft were developed in the 1950s and ’60s, and numerous rotorcraft and fixed-wing aircraft still have their roots in the designs from this period. Several models initially designed and developed during this period include Bell’s UH-1 (Huey), AH-1 (Cobra), and models 206/212, Cessna models 172 and 182, the Sikorsky CH-53, Northrop Grumman’s E-2 and T-38 models, Beechcraft’s King Air, and Boeing’s CH-47 and 737. All of these have had variants or large replacement assemblies, i.e., wings, in rate production within the past year! It is not unusual to have 60 years of roots of these variants in production today. Furthermore, the runway of the CH- 47 has lately shown a clear path to almost 90 years of production around 2040. 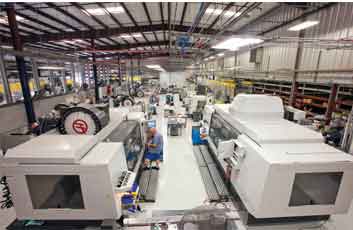 Although headlines seem to focus on the newest models, the advent that there could be derivatives from hand-drawn 2-D prints to today’s model-based definition allows many of these time tested platforms to be automated for efficiencies and quality unlike ever before. Some innovators are taking advantage of the rapid technological advancements in IoT [HRC@A-V1] and automation, not only identifying market niches but widening them at the same time. The robotic automation in aerospace assembly is a prime example. Along the continuum of automation technology used in the aerospace assembly, typically the following are found:

Economies of scale heavily influence capital expenditure solutions. The automation and machine tool suppliers are forever working toward improved value. Case in point, the flex-track style systems gained momentum after integration on the Boeing 787 and Hawker 4000. Although they are considerably lighter than a monument style mounted automated drill type system, they still need some substantive level of a configuration change to be used on a different model or aero-structural assembly. Higher aircraft assembly build rates would allow the assembly section to move to the monument style automation fixture, or perhaps a fuselage joint type station that utilizes a flex track and alignment type system.

Fast forward to today. Imagine all of the slower rate production legacy-type aircraft as listed above, many of which still have valid design basis in the ’50s and ’60s that don’t allow the economy for monument-type assembly. Today, many of these are even being built manually, in many ways not far removed from the production methods during the era when they were conceived. Drill fixtures for hole locations with hand drills, or even power feed drills, are still prevalent in this market area, again, due to lack of scale and monument-type of automation solutions.

We have several conceptions that are now coming to fruition to this end of the market, which not only allows automation with slower build rates but also the flexibility to easily navigate around existing major assembly fixtures. Imagine not having to take the product to the robotic “cell” but having an automated solution go to the product to work. This not only minimizes the need to perform expensive modifications to the tool string but also allows flexibility of the solution to drill several different assemblies at their current position on the floor. Moreover, Wilder Solutions’ new technological innovations on robotic end arm effectors allow Congex type camera systems to identify hole placements for pilot holes placed on skins in 2-D from the ’50s and 60’s legacy designs.

Aerospace structure manufacturing companies, like Vertex Aerospace headquartered in Madison, Mississippi, have recently helped develop and employ this type of solution. The agile manufacturing robot is designed to drill to a coordinate system that it picks up from existing tooling frames. Using the Congex camera system adds a layer of precision to identify pilot holes and drill them in one shot. Twenty-first-century leading-edge solutions for legacy airframe designs, such as this, bring economies and quality to a much broader market.

I have been known to entertain and engage the engineers and professionals I work with by stating, “One day we will feed a print into a computer, and a machine will build the plane per the drawing.” We are seemingly not that far off.