Between Killer dApps and Common Sense 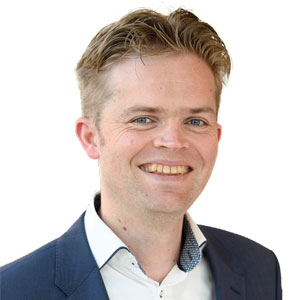 Blockchain has made headlines for years now, claiming to disrupt everything under the sun. But after a year filled with hype, a year of disillusionment, I still believe Blockchain is adding value on the business environment today and more so tomorrow. Where the applications of today are mostly focused on common sense and translating the world we knew to Blockchain, the elusive killer app is still waiting for us.

Blockchain is impossible to ignore in any business context now. Over the past 10 years since Bitcoin saw the light, Blockchain has been heralded as the cure for all problems in any industry. And many of those claims did not hold. It is a great technology, but one-size-fits-all solutions are rarely, if ever, can be applied on anything at will with success.

​ Blockchain helps make these changes more and better manageable, but it acts more as a catalyst than the actual source of disruption

The interest from most business in Blockchain technology has followed more or less this course:

In 2016 it was mostly seen as some technology used by criminals and nefarious actors. Not something you would want your business to be associated with, so mainstream business stayed clear.

- In 2017, with the ICO hype and ever-rising prices in Crypto, we saw the FOMO (Fear of Missing Out)strike ‘gold’ in almost every industry. The sky was the limit, this technology would cure all our problems. But a lot of that was just fluff in white-papers and never materialized.

- In 2018, after the crypto markets crashed and the Get Rick Quick-kids left the scene, common sense returned. Blockchain projects in this timeframe actually had a decent business case and were driven by common sense instead.

Next to banking and logistics, the energy market is mentioned frequently as an industry ripe for disruption by blockchain. While there is merit in that the energy industry will see a lot of changes in the years to come, a lot of the big changes have already been set in motion years ago. Blockchain helps make these changes more and better manageable, but it acts more as a catalyst than the actual source of disruption.

There are a few factors at play here:

- Decentralization: Production of energy is getting more and more distributed. Home owners installing solar panels, but even the installation of wind- and solar parks change the dynamics of a central command and control structure that the energy industry is known for.

- Electric Vehicles will be added in the mix. This will shift a lot of energy consumption from the gas station to the electricity grid. Also consider that these batteries on wheels will at some point be used to balance the grid and supply power to for example your household at night.

- Digitalization is in full swing since with the installation of Smart Meters. Though there is still a lot to be done rolling out these meters everywhere, the amount of data those meters generate and the validity of that data will bring new headaches.

- Decarbonization or making the energy ‘greener’ is also another force that seriously impacted the Energy Industry. From a business point, utilities have invested a lot of money in large power plants which might face a shorter economic life span. But also with renewable sources, instead of a single power plant, now a lot more installations have to be managed and controlled to maintain the balance in the grid.

The energy markets have been targeted by all these developments, bringing their own challenges to implement. Blockchain can help facilitate these disrupting forces to be implemented in a more efficient way, but strictly speaking it is not a requirement. A reaction can still happen without the catalyst, though it would be less efficient.

Common use cases for Blockchain in the energy industry have been identified. In an abstract way, these use cases can be applied to various other industries as well.

- P2P Energy Trading. The most common use case in a discussion on applying Blockchain in the Energy Industry. The concept that you can trade your power with your neighbors or family has an appeal, but within the current regulatory framework of most countries, does not provide much business sense (yet). An example here is PowerLedger.

- REC (Renewable Energy Certificates), a method to certify energy and ensure that is truly coming from a renewable source. Whereas the current system still allows for fraud, within a blockchain context a certificate can only be generated and sold once instead of many times. An example here is FlexiDAO.

- EV Charging is where a lot of different players come together, especially when you consider ‘roaming’ like we have for mobile phones. A lot of different parties, looking for trust and a single source of truth? Blockchain could facilitate that. An example here is Share & Charge.

For now, almost every industry globally is looking at Blockchain in some form, either by having a seat at the table of a consortium, actively developing a dApp or setting up partnerships in their ecosystems and co-create with their competitors.

While everybody is looking for the elusive ‘Killer App’ for Blockchain, it makes more sense to explore with baby steps where this technology can take us. These developments will teach us the basic concepts of Blockchain and their impact for now and the next few years. Once we master and understand this, we will see the logical next opportunity.

If you have any further questions, or would like to explore these concepts in more detail, feel free to contact me online through my website or LinkedIn.