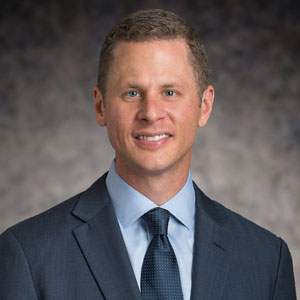 Blockchain is generating excitement across industries for its potential to automate aspects of legal and regulatory compliance. More commonly associated with cryptocurrencies, blockchains can also be implemented to eliminate paper records, trace and authenticate components in the supply chain, and streamline complex transactions. In this article, we explain what blockchains are and propose potential applications in the export control space.

What is a blockchain?

A blockchain is a decentralized database that is constantly validated and maintained by a network of computers. Numerous copies of the blockchain are distributed throughout the digital community, and there is no central authority overseeing administration of the blockchain. Due to the secure design discussed in further detail below, blockchains are incorruptible digital ledgers that can be programmed to record virtually anything of value.

There are three basic units that make up a blockchain:

• the record – any digital asset to be stored on the blockchain;
• the block – a bundle of records; and
• the chain – a series of blocks cryptographically linked together by a hash function.

The first step in generating a blockchain is the creation of a record, which is then validated by all the computers, “or nodes,” comprising the blockchain network. Multiple records are then pooled together to generate a “block.” Each new block contains a unique identifier called a “hash” as well as the hash of the block immediately preceding it in the chain. The two hash codes contained in every block cryptographically link each new block with the block immediately prior, thus creating a chain of blocks in an exact, unalterable order, or “blockchain.” 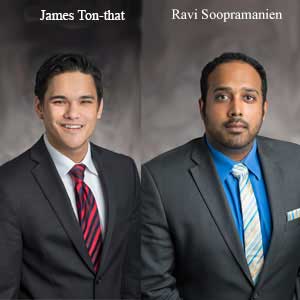 Blockchains function as an “append-only transaction ledger” as the chain can only be modified through the addition of new blocks; pre-existing blocks cannot be edited, adjusted, or changed.  This is due to the hash code: a string of letters and numbers created by mathematical functions and generated from the unique information contained in the block at the time of creation. Any change whatsoever to the contents of a block produces an entirely new hash. Because the hash for each block is also encoded in the subsequent block, altering the contents of a block invalidates the hash code stored in the next block, breaking the cryptographic link. The chain can then only be recreated if the hash codes for all successive blocks are recalculated, a task which requires an enormous amount of computing power.

Blockchain solutions hold substantial promise in facilitating compliance with an ever-changing body of export controls laws and regulations, where the only constant is voluminous recordkeeping requirements. Export controls laws require parties to keep record of a myriad of documents related to exports and re-exports; licenses and agreements; and invoices and shipping documents years after the date of shipment. Failure to comply with these recordkeeping requirements can lead to criminal and hefty civil penalties. Increasing costs due to layers of middlemen, shippers, suppliers, and contractors and a lack of effective tracing mechanisms further add to the struggles of compliance personnel. Blockchain-based solutions can streamline much of this process.

Compliance personnel have typically complied with recordkeeping requirements through spreadsheets hosted on a shared company drive, sometimes combined with a paper-based process. The risks of error and unauthorized access in the maintenance of documents and records are substantial. Transitioning documents and records to secure, digital ledgers that track changes and edits chronologically would reduce the threats of human error and malice. Once stored on a blockchain, smart contracts—blockchain programs which execute when predetermined terms and conditions are met—can automate certain compliance measures, including withholding exports or re-exports for goods, technology, or services made pursuant to expired manufacturing licenses or technical assistance agreements, or lacking in or exceeding the terms of a license (or the conditions of an exemption).

These enhanced governance mechanisms are particularly welcome in light of increased enforcement against U.S. and foreign firms for the unauthorized re-export of U.S. goods or services to sanctioned jurisdictions. For example, blockchains can assist firms to comply with re-export restrictions by streamlining access to information regarding and validating the identification of U.S. components in non-U.S.-made goods that are subject to control by the U.S. International Traffic in Arms Regulations (ITAR) or the Export Administration Regulations (EAR). Similarly, blockchain ensures secure historical records and instantly updated information regarding any further processing performed on a good, an essential function for companies determining whether the non-U.S.-made goods meet applicable de minimis rules under the EAR. Blockchains also facilitate authentication of components, slashing lead times for maintenance, repair, and overhaul operations. In the long run, once physical identifier technology is improved, these traceability mechanisms could extend to the movement of U.S. and foreign nationals.