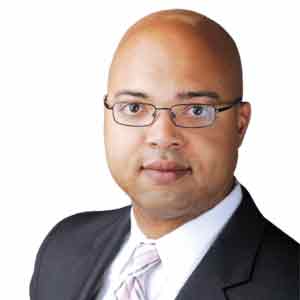 I often get asked to join conversations regarding the impact emerging technologies like flying cars and autonomous vehicles will have on cities. Inevitability someone in the conversation will pronounce that smart cities are working to build the infrastructure, policies, and social conventions we need to support this future. I disagree. Although smart cities should think about the future, we also must deliver services today. To illustrate this point let’s think of cities as grocery stores.

I love to cook but loathe going to the grocery store. For decades, my routine grocery shopping was the least anticipated part of my weekend. That is until I discovered I can order groceries online and have them delivered to my house. Now, grocery shopping is a more tolerable experience. To the average citizen, many of the services government provides are critical but just as downright boring as going to the grocery store. We pump water, pave roads, and the police the streets and unfortunately governments haven’t amassed the best reputations as service providers. This is why no one gets excited about a trip to the Department of Motor Vehicles. So, let’s use the momentum of the smart cities movement to change this dynamic. This is what we’re doing in San Diego, were putting smart cities technology to work for our customers.

In San Diego, we have taken a data first approach, taking stock of the data contained in our existing municipal systems and exploring how we could use it to improve service delivery. Inevitably we discovered data we didn’t have but wanted and started looking to deploy new sensors to gather the information we needed. We hired data scientists to help us make sense of the resulting firehouse of information. With this new analytical capability were now able to think differently, we can think more like online service providers. We are asking ourselves how would a new economy service provider take on the challenge of pumping water, paving roads, and patrolling the streets? How would they leverage this data and new technologies to serve our customers? This atypical approach to municipal government is required because cities are stuck in the past.

For 2,000 years, paper has served as the principal means of communicating with our customers. If you need us to do something, we make you fill out a paper form, drive it down to a central location, wait in a line, and then wait for us to get back to you. Who would buy anything online if that is what you had to do? Yet, that is what cities make our customers endure every day. People love online service providers because they are the antithesis of the City experience. You go to their website or their app; they have used data analytics to anticipate what you might want to buy. They make it easy for you to make a purchase and then magically ensure your item arrives at your front door the next day. That magic like experience, the proactive anticipation of your needs and speedy service delivery, has become the expectation we all have for service delivery. Cities as service providers must develop their own Smart Cities magic in order to live up to the expectations of our residents.

In San Diego were leveraging Smart Cities to support our Vision Zero goal, which is focused on eliminating pedestrian deaths on our streets. Were using our network of 4,200 CityIQ intelligent streetlights to better understand how vehicles and pedestrians are moving through the city. We’re combining this information with accident reports to better understand which intersections are most problematic. Soon, we hope to use telematics from City vehicles to gather data regarding how cars handle these intersections in different types of road conditions. Pulling all this data together gives the City the ability to diagnose the problem and reengineer intersections for increased safety.

We are also using Smart Cities to fix potholes. It seems that every city is waging a war on potholes with residents phoning them into elected officials faster than anyone can fill them. In San Diego, we launched our Get It Done application which allows residents to report potholes by simply taking a picture of them with their smart phone. Our sanitation trucks drive most streets in San Diego once a week. So, in the future, we would like to use telematics in those vehicles to detect potholes and assess road conditions while they pick trash cans. With this approach the City gets a near real-time assessment of our road conditions allowing us to maximize preventive maintenance and hopefully eliminate the need for anyone to report potholes at all. The data driving the Smart Cities revolution can deliver game changing enhancements to services like this, but we also must recognize it will make some of us feel uneasy.

People must have a say in what data is gather about them and how its used. When Nest convinces you to put a doorbell, equiped with a camera, on your door they get your consent. When the City deploys streetlights with camera in the public right of way, we can’t get consent from every person. What we can and must do is engage the public so that they understand what were proposing to do and have a say in what we do and don’t do with the data we collect. In San Diego as we deploy our CityIQ intelligent streetlights were having that type of conversation. Through a series of community meetings were talking to residents about how the cameras on our streetlights use software to block out the portions of an image containing private property to help protect privacy. Were also having honest conversations with the public about how were using this technology to transform crime investigation in our City.

Last year, two young men get into a dispute outside of a San Diego bar. The dispute escalates and shots are fired. One of the men is left dead on the sidewalk and the other man flees the scene. The police arrive and find lots of witness to interview. They provide a description of what they saw and the person who fired the shots. Within a sort period an arrest is made. This story could have ended here but the police department continued to gather evidence. They approached the Sustainability Department who runs the CityIQ intelligent streetlights and asked for any video they may have of the incident. The video turned out to be a game changer. It shows something not reported by any wittiness, a fight leading up to the shots being fired where the shooter is struggling to protect himself. On seeing this evidence, the District Attorney declined to charge the young man with murder and he is released and recharged with lesser offenses. In San Diego we limit the use of this technology to only major crimes and even with those limitation our officers believe it is the greatest innovation in their work since the advent of fingerprinting technology.

I still want my flying car. But for now, I am content with a City that designed to be safer, paves roads a little faster, and more accurately solves crimes. Most of our citizens will still think these things are boring, but just like with Instacart we are hopefully using technology to make them just a little bit better.