Creating a Trading Ecosystem with Blockchain 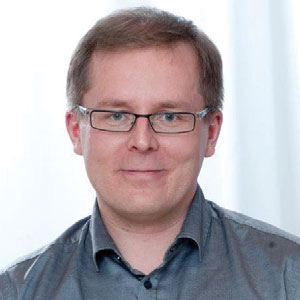 Developed by Nordea in a consortium with other European banks, we.trade is a platform for SME’s to large corporates designed to put trust and transparency in the trading process. We.trade is by no means the most complex or ambitious blockchain project out there but it is a good reflection of the things we are trying to achieve with this technology.

In the summer of 2017, the first meetings we had with the consortium of banks involved with we.trade where focused around questions regarding the sort of actual product we were going to offer to our customers. Also, we discussed what the user experience should be and how it should look. We were much less interested in talking about blockchain per se but were focusing on the value that could be added for our customers and our business.

​ Ultimately, onboarding should just be a case of self-registering on a business net bank by clicking to request the service and this should happen almost immediately and be very easy

Once we had that information, we talked to our customers and asked them ‘here is a service, if you were to be offered this, would it be of use to you?’ The feedback was extremely positive from our customer base and already from the beginning, lots of customers were expressing a wish to sign up for the pilot and asking about the launch schedule.

Time to Roll Out

Between June 2018 and the beginning of March 2019 we have been working with a handful of pilot customers making a few trades. Now since the beginning of March, we're onboarding new customers to bring them online and get them trading actively. We’ve actually just made the first intra Nordic trade which was between customers of ours in Sweden and Finland.

We have a pretty ambitious goal in terms of gaining new customers by the end of this year, which we are hopeful of reaching judging by how fast customers are joining the platform right now and if the network effects work. We’re trying to make the threshold for joining we.trade as low as possible with users paying for extra services should they need them. The idea is that we want to get as many customers as possible to use the platform in order to track their trades digitally.

Ultimately, onboarding should just be a case of self-registering on a business net bank by clicking to request the service and this should happen almost immediately and be very easy. Obviously, getting access to the platform doesn't mean that you know how to use it so we're still working on creating online tutorials and other guides to make things even more straightforward.

The Service is the Talking Point

We.trade will potentially become a huge use of blockchain technology. It's been repeated many times, but it's still a powerful message, that our customers don't need to have a clue that they're using a blockchain based solution. The only thing they see is that it's a great service that they can use. That's the way it should be and that's the way it's going to become even more so in the future for we.trade and other solutions. We will be talking less about how the blockchain is working here and more about this fantastic service that couldn't be done before.

When we.trade came to us, we evaluated the solution and thought that this brings business value and then off we went. Blockchain actually had very little to do with the decision and we should move away from trying to apply blockchain to everything. When all you have is a hammer everything looks like a nail is a common proverb in this space. You might find a case that could benefit partially from blockchain, but it still might not be the best technology for solving that particular problem. Solving customer challenges this way with technology first is almost every time the wrong approach.

You should look at a business problem and have the knowledge inside your organisation to identify the cases where you are dealing with a multi stakeholder environment. Where it's at least partially a competitive environment and the other participants are people or organisations that you don't necessarily trust fully due to business reasons, not due to of any kind of criminal or malicious intent but because your business interests might not be fully aligned.

In those cases where you need to solve the problem of shared infrastructure and sharing data in a trusted way without creating a central intermediary, you might take up blockchain as a possible technology solution to solve that network problem. However, every time you consider the use of blockchain as a solution, you need to mirror that against other possible scenarios. These can be basically either direct integration or a central clearing entity.

In other words, you should never start from the get go and say ‘let's see if blockchain works for this’. It should be more about what the ecosystem look like? What does the value chain look like? What do the rules of data sharing look like? If the answers from those questions are pointing towards a shared infrastructure where you need to have technically or cryptographically enforced trust, then blockchain might be a solution. So it's one step forward in terms of seeing blockchain as an optional technology for networking rather than trying to force it as a solution to a business problem.

I usually get asked the question, do we see other trade finance networks as competitors and how does we.trade, compare? To me these are not relevant questions because we hope that other networks will gain business traction as fast as possible because that means that we can connect to those networks.

Taking it back to the network effects, the more banks that participate in networks that digitise trade agreements, that means more possibilities for us to find counterparties for these trades in our network. The more connectivity we have and the more digitalisation and data standards we have for trade, the more effective it will be for our customers.

In a similar way if you look at it from a network expansion perspective, we don’t see that we have some kind of a competitive edge now in the Nordics because we’re the only bank in the region on we.trade. Rather, we would like to see as many banks as possible either join we.trade or have their own live network that can be integrated with we trade. That’s the way we will find more trade parties for everybody who’s using we.trade.

The analogy that I use sometimes to describe this development is the way Global System for Mobile Communications (GSM) networks were connected earlier. When I got my first mobile phone, I wasn’t able to call anybody except the people who had the same mobile operator as I did. I was not able to send an SMS to anybody except in the same network. As things developed, I was able to send an SMS or make phone calls to everyone in the same country, no matter what network they were using, although I might need to pay extra if I called somebody in another network, even in my home country.

The next stage was that we had transparent pricing and everything was the same price regardless of the phone number I call or SMS in my home country. Now you can call and send an SMS to anybody in Europe and nobody even thinks about this anymore. Anywhere in the world you’re able to turn on your phone and make a phone call or answer your phone and even use things like data.

The pricing structures are becoming increasingly harmonised. It wasn’t too long ago that I needed to turn off data if I travel to southern Europe because the roaming costs were so high. These days you can pretty much use your phone freely inside Europe and this maybe soon the case even globally. It’s a very similar kind of development in these trade networks and even payment networks ultimately further down the line. It’s all about the network.

If there’s enough volume and business on any network, regardless of the kind of network it is, it will eventually become regulated. With the financial industry being so heavily regulated already it’s fairly easy to predict that of course these networks and these shared infrastructure elements will be regulated and there will be price pressure from the European level.

If you look at the way payments infrastructure has evolved in Europe, there’s fairly heavy price pressure, with one example being the card payment networks. You cannot charge more interchange than the regulated permitted level on the card networks. The same goes for cross border payments. Now we have things like SEPA payments, they are basically being regulated and you cannot charge extra for cross border payments inside the Eurozone.

Regulations in the Eurozone tend to come thick and fast and it’s easy to predict that once these trade networks have evolved they will be subject to similar kinds of regulation and controls in terms of pricing as well.