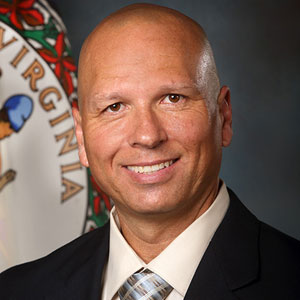 A little over 25 years ago I started my career at the University of Miami. It was literally a sink or swim experience. I had spent the summer between my junior and senior year working as a field tech supporting a graduate student in their coral reef research.  One of the faculty advisors discovered I had some analytical skills and put me to work developing simulation models. At the end of the summer she encouraged the center director to hire me as a full-time employee and that's when my GIS adventure began.

The first day in my new role was uneventful compared to the field experiences during the previous months, but little did I know the impact that day would have on my career.  I walked into a shared office with a very large computer at the far end. Both the CPU and the monitor were huge compared to some of the computers I have been accustomed to working with. In addition, there were many boxes full of books dispersed throughout the office. I would later come to find these were the manuals for the software they wanted me to 'figure out' and the large computer was a $40,000 workstation. The software was ESRI's Arc/INFO 6.something and there were more than 48" worth of manuals when placed side-by-side horizontally. This was my reference library.

I eventually learned to love the platform and the capabilities it offered. The ability to create maps, albeit rudimentary compared to today's technologies, made me a valuable resource since no one else could understand the ArcPlot command-line interface. The job security was amazing. However, beyond making maps, the ability to integrate data from a variety of different disciplines into one consolidated environment, identify patterns and trends spatially and temporally, and understand the underlying mechanisms and relationships was the true power of the system. I was able to ingest data from hydrologic and hydrodynamic models, fate and transport models, toxicological models, base layers, reference layers, field data, satellite data, municipal data ... data from (and about) anywhere and everywhere using their respective locations as the common link.  I had a hunger for data that, to this day, has never diminished.

Eventually, I became a proficient Geographic Information System user, but it was the other GIS that inspired me to look beyond the software. Geospatial Information Science became a passion as I followed the work of Michael Goodchild, Michael Batty, Paul Longley and many others exploring the convergence of computer science, geography, and statistics creating an exciting new discipline. From my perspective, this was a precursor to what we're now calling 'Data Science'. The convergence of math/statistics, computer science, and a domain within which to practice. It is the practical application of the theories, principles, and tenets of the disciplines within a specific context that creates value. That's the special place we, GIS practitioners, play in.

However, beyond making maps, the ability to integrate data from a variety of different disciplines into one consolidated environment, identify patterns and trends spatially and temporally, and understand the underlying mechanisms and relationships was the true power of the system

We are incredibly fortunate to have the ability to work with passionate people on projects that have an impact on our communities, our society, and our world. From environment to social justice, the projects we work on impact the lives of many and I have yet to meet a colleague that isn't as excited or engaged in their work as I am.  For many of us, work is where we go, but play is what we do.

Now the rest of the IT world has caught up with regards to data sharing, data governance, and analytics. GIS practitioners have been dealing with these issues since we first brought two data sets together to visualize them on a map. Different file formats, geodetic coordinate systems, naming conventions, data standards, and data quality are some of the issues we address every day. Data catalogs for metadata management? Anyone ever heard of FGDC (fgdc.gov)? The Federal Geographic Data Committee has been addressing this issue since 1990. Data sharing? The Open Geospatial Consortium (opengeospatial.org) has been diligently working on standards to support interoperability since 1994. As far as analytics are concerned, I can't think of any other industry that has created more open tools and shared code in languages ranging from Avenue to Python.

As organizations increasingly adopt the role of Chief Data Officer to help manage their data as an asset, I encourage GIS practitioners to look beyond organizational geography to see how their experiences have prepared them to tackle the larger issues facing businesses today. Realize that you are the liaison between technology and business with the expertise to bring together disparate groups (and data) to support the mission. You've been doing it for years within your very special niche, but it's time to go mainstream. Bring your talent into the larger framework and let everyone know that governing, managing, sharing, manipulating, transforming, and analyzing GIS data isn't a special, esoteric skill, but rather a capability that can be applied to data throughout the organization.