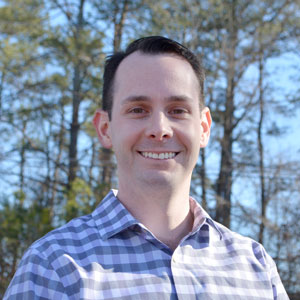 Working in Geographic Information Systems (GIS) is arguably the most fun IT job that anyone can have. Collect some data, make a pretty map, and help show someone where things are happening. No help desk calls. No “broken” email. As the GIS matures, staff in the organization come to see GIS as more than just a map-making factory. It’s a team that can take your information about customers’ zip codes, pothole locations, or traffic accidents and distill it down into a picture that explains a spreadsheet. As a GIS Manager, having the tools and know-how to drive informed decisions and efficiency is highly rewarding, but it also can be what keeps many GIS Managers in their roles for far too long.

Many CIOs inadvertently enable this entrenchment. They focus their GIS too heavily on the amount of data that can be seen in a map rather than the value of all data that is already in an organization. Often when a CIO discusses the future career of a GIS Manager, he says, “Let’s talk about next steps for you. ”While well-meaning, the GIS Manager hears, “you work with data, so you should be working in the datacenter.” The GIS Manager then sees their role potentially transforming from a chef who creatively brings ingredients together to being a forklift operator moving cans of SPAM around all day long. The good news is that the discussion doesn’t have to go this way.

Being a GIS Manager is not the pinnacle of a data-centric career. It’s just the beginning of a larger, more powerful role that some are parlaying into the C-suite. Similar to a GIS Manager, a Chief Data Officer takes data from departments across an enterprise and analyzes it to derive insights. The key difference between these two roles is scope. GIS Managers are often concerned only with location-based data. CDOs leverage all data as well as their elevated status within an organization to analyze information. The C-level title also helps get access tothe executive team and enables more direct action and feedback on these insights. This is the next logical step for a GIS Manager.

Being an effective CDO is about building relationships with key staff in an organization. Success is achieved by understanding what matters to the engineers and the marketing/sales team and then bringing all of those needs together into one entrée. The same is true in government. A Mayor’s initiatives give a CDO the direction they need to push their data envelope. For example, if the Mayor wants to eradicate homelessness, the task might start out with mapping where homeless encampments are located. The way to really empower action is to use all of the city’s data to determine how the factors that cause homelessness work together, and which factors, if any, are the strongest predictors of homelessness.

The CIO needs to communicate that the CDO isn’t really a “new” job that is all that different from a GIS Manager. It’s simply an elevation of the work a GIS Manager already does and leverages everything the GIS Manager has already built. Being a CDO empowers an organization to build on the foundation of a quality GIS and move an organization toward building its future, rather than reacting to itspast