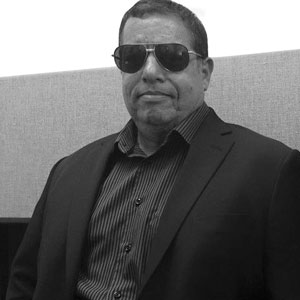 Pharmaceutical development that leads to approval and promising commercialization is not as common as one might think especially for small up and coming companies. Biotech hubs like San Francisco, Boston, and San Diego are incubators for innovation that fuel the industry’s growth most often through acquisition. Rare is the biotech that develops and commercializes a new product but that is precisely what Pacira Pharmaceuticals Inc. (PCRX) did with our non-opioid pain management drug EXPAREL®. As sales steadily increased into the hundreds of millions production expanded to keep up. The focus internally to evolve and make more was only part of the success equation. We needed to invigorate our suppliers to “come along for the ride,” in order to keep EXPAREL® on the market. This article is about what we did two years ago to reset our supplier relationships and set our collective future up for success.

​  The primary tenet of supplier relationships should be agility

The best supply chains aren’t just fast and cost-effective. They are also agile and adaptable, and they ensure that all their companies’ interests stay aligned

– Thoma Professor of Operations, Information & Technology, Stanford University and Director of the Strategies and Leadership in Supply Chains Executive Program

Technology is the focus of any fledgling biotech, as it should be. R&D scientists select materials, APIs, excipients, and reagents based on their chemical properties in search of that winning formulation. Eventually rudimentary supply agreements are struck with suppliers small to gigantic and a supply base is born. Invariably no matter how small the biotech we tend to see ourselves as the expert in our technology and thus tend to treat suppliers with a bit of aloofness. It’s a wonder quite frankly most of them stick with it! In early 2013 sales were on the cusp of major growth. As mentioned production was expanded to keep up with demand but eventually the supply base needed addressing. A risk assessment showed far too many single source suppliers and several that appeared to be too small as future capacity became needed. At the other end of the scale were a few gigantic suppliers that had purchasing terms very unfriendly to variable growth all of which spelled risk with a capital “R” to future demand.

Given the time and resources it takes to find and qualify new suppliers another way was needed to reduce some of the risk as sales grew. The answer was to hold a supplier conference. In an effort to reset relationships both big and small we invited a select number of suppliers (those that comprised the bill of materials) to a fancy hotel in Del Mar, CA for a two day event. The results are still paying dividends two plus years later. The reason was threefold: we had senior level speakers present including our CEO, CFO, VP R&D and even a Board Member; we opened up and shared business strategy and projections much to their surprise (all under NDA of course); and prior to the event we sent out a survey and shared the results at the conference.

The level of openness on our part was incredibly well received by small and gigantic alike. The representatives from our various suppliers in the room were not expecting such an open dialogue and equally as important, with some of our most senior executives. They were also very pleased by seeing where their products fit in our process courtesy our R&D VP, who walked through our manufacturing technology process giving them a sense of belonging while underlining how dependent we were upon them to deliver high quality materials. The “show stealer” however happened on day two during breakfast when we arranged to have a local physician and avid user of EXPAREL® in his orthopedics practice come in and share his clinical experience. That was the clincher. Our suppliers felt like part of the team.

And we didn’t stop there. The voice of the supplier was heard and recorded and played back to them transparently. We asked direct questions for instance how easy or how difficult were we as a customer to deal with. Or what should we prioritize in terms of selecting a supplier e.g. quality vs. price. And of course what could we do better… forecasting anyone? Sharing these results up on a big screen for all to see emphasized our theme of transparent communication and shared goals.

There were several expected and a few unexpected benefits following the conference. Relationships were dramatically improved as expected although we didn’t fully realize the extent of the buzz we created especially within the bigger companies. Every year in March there is a major industry supply conference in New York and we decided to attend the following year. The number of C-suite executives we met and the red carpet treatment we received from some of the largest names in chemical and pharmaceutical supply was astounding and all because those that attended our event reported back to their respective home offices spreading the word. As a result were able to renegotiate supply agreements leading to seven figure savings and shared risk as sales volumes shot up. On the unexpected side we received “help” from one of our suppliers who having been contacted by a foreign country company requesting a material specific to our process denied them and informed us. That level of partnership trust isn’t achieved by accident!

The primary tenet of supplier relationships should be agility. They need to be agile enough to pivot with growth, agile enough to pull in or push out material quantities based on market dynamics, and agile enough to be effective for any size company. In our case we developed our relationships to support the small companies while improving communication with the gigantic even while we ourselves are in the midst of growing. And all it took was a little transparency. Ok, our choice of venue probably helped too.