If you build it, they will come… or not The Value of Sink-or-Swim Tech Rollouts 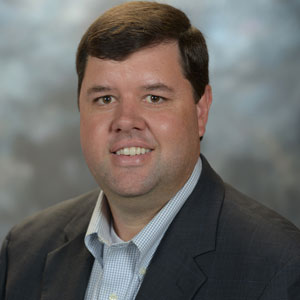 It has become a habit, even a reflex, to marry an all tech innovation with tech promotion. The quintessential example is the now requisite Apple-esque rollout event with flashy graphics, a Facebook Live feed, a fawning audience and a hip geek in blue jeans striding the stage with a wireless microphone riding his ear. So when the innovation group of Aflac started explicitly asking that promotional elements be excluded from our rollout plans, or at least delayed for some weeks after launch, we had a lot of explaining to do.

It has now become a selective, though sanctioned practice in this $36B market cap voluntary insurance company to hold our strong and substantial promotion horses until the tech team gains an initial assessment of customer reaction to newly fielded technology. Until and unless those two steps are divorced and considered separately, we can never be sure if we are measuring the value of the tech or of the promotional efforts. In other words, our view is that if you really have designed an innovation with the customer in mind, you should be able to generate adoption without promotion. The device/widget/app/badge/gadget should be so useful, so intuitive and so welcomed that it creates its own gravitational pull. Recently, we’ve had several chances to test that theory.

Take mobile. The insurance industry has been servicing customers through mobile apps for years, most obviously in auto insurance, where simply snapping a picture of your dented fender now initiates your claim. However, in Aflac’s category of Life and Health, the migration to mobile apps has been slower. When Aflac launched its mobile SmartClaim® app in the last days of 2017, we posted with no advertising, no press release, no boosted social media, etc. But for the first time in our company’s history, policyholders could confirm their coverage, open a claim, upload required documents, track claim progress, shepherd payments to a direct deposit account and contact customer service—all via their mobile device, all without talking to a single human being.

​ Our view is that if you really have designed an innovation with the customer in mind, you should be able to generate adoption without promotion

As of October 2018, we have seen 250,000 downloads and more than 200,000 mobile-filed claims.  User comments—the most authentic promotion of all—are generally glowing. On a 5-star rating scale, we are at a 4.7 and we still haven’t put any real media muscle behind it, other than this article. So, I suppose now the cat is out of the bag; however, it is more than reassuring to know that we got the tech right, based on organic downloads and reviews.

That’s not to say that we go to the market blind. Like all effective innovation groups, we depend on insights to drive our development. For instance, when designing our recently launched online chat feature, we studied the experience of retailers that preceded us, and we looked at extant service center call patterns. We noted that most policyholders call Aflac before and after work hours and there’s another spike midday when, presumably, folks are at lunch. No such pattern applies to American Airlines, Delta, or Starbucks. Why? Because in today’s open-seating office environments, your workmates hear your calls. Checking on an airline ticket is not a confidential conversation, but talking aloud about your health matters with an Aflac insurance specialist? That exchange is not meant for your colleague’s ears. So we resourced online chat not to correspond with the existing call center peaks, but to mirror the workday of our policyholders because officemates can’t overhear an online chat like they can a telephone call. And even though every customer service chat did not replace a call, the new chat feature certainly helped even out the peaks and valleys of the customer call center day. Informed by insights such as these, Aflac Chat is being received enthusiastically by our customers.

Indeed, moving innovations to market while holding back promotion seems to be working for Aflac across the board. Our rationale:

1. If the tech design team knows, when they are coding, that their performance will be determined by customer reaction sans promotion, it subtly turns up the pressure to know/meet/exceed user expectations and screen all considerations through the customer’s POV. Once it is out there, and if it goes south, it is the fault of the product, not the advertising. I am certain we get better product up front for this reason alone.

2. With no promotion, the initial burst of adoption is “pure,” unambiguously attributable to the invention itself. This provides lessons that can be applied to the next innovation, and the next, and the next, with no variable related to proactive communications.

3. If it is broken, or ineffective, or silly, it is easier to pull it back if you have not publicly declared your announcement—the best thing since the TV remote. We have had failures. Indeed, a corporate culture that expects innovation must tolerate an occasional failure. However, “quiet” rollouts can be followed by “quiet” withdrawals. The inventors of New Coke could have just placed both New and Classic Coke in the 7/11 cooler and seen which version the customer preferred, but that company’s full-blown marketing push turned the subsequent retreat into a reputational bloody nose. A promotion-less launch allows a company to retrench, retool and relaunch everything without losing face. It is the smartest way to fail.

Of course, there are occasional episodes where promotion can itself be the innovation. Who among us knew 20 years ago we even needed an iPhone? What is an iPhone? Advertising told us, and we learned. But there’s enormous value in subjecting new notions to win in the harsh, organic test of the customer universe and just believing, when it comes to innovation, that usefulness will win out.