IoT, AI and The Smart Home: Glass Half-Empty or Half-Full? 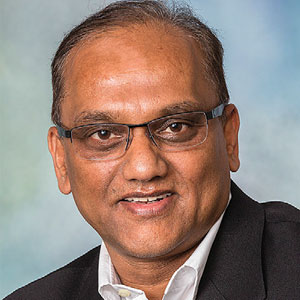 The house of IoT is a house divided between the glass half-full optimists and the glass half-empty skeptics. Glass half full view points to the market success of IoT devices that have redefined their categories (e.g. smart locks and thermostats) and the explosive growth in voice assistants such as Alexa that simplify the IoT experience. The glass half empty view would point to the spotty advance of IoT in very limited ‘thing’ categories when compared to transformative, game changing innovations such as smart phones. So which is it? Over-optimistic market projects or the best still to come?

A view forward on IoT benefits from a view back at the smart phone technology transition for a success framework, and then way back at the advent of electric powered appliances as a consumer transition with useful analogies. The success pillars that teed up the smart phone revolution can be thought of as a TE(E) E framework—Technology, Experience and Economics, and Ecosystem.

Dissecting smartphone success according to the above model yields the following insights. Clearly smart phones succeeded because of inflection points in the confluence technologies to create a compelling mobile experience (fast touch-based displays, good enough internet speeds, and exponential drop in memory costs). On user experience, mobile app frameworks turned a disadvantage (small screen and lack of keyboard) into an advantage (voice, widgets) to where many of us live mobile-first lives today, with laptops as an afterthought. On economics, not only is a $100 mobile phone today superior to the best mobile money could buy a decade ago, mobile adoption of technologies is driving component economics to where it is enabling new classes of devices. Ecosystem is where the mobile revolution shines. The iPhone wouldn’t be anywhere without iTunes, mobile apps, and crowdsourced power of app developers. Every new device from Chromecast to Alexa to Smart TVs inter-operate with mobiles, because obeisance to the mobile ecosystem is a prerequisite to commercial success in almost any digital domain.

So where does the IoT technology wave stack up in the TEE framework? On technology, not only have digital sensors and mesh networks commoditized to the point of being pervasive, but two new exciting trends have emerged— commoditized computer vision and AI infusion. Vision capabilities have become cheap enough and computing powerful enough to enable very low cost IoT devices with cameras and AI on-device without relying on the cloud. For instance, not only have inexpensive digital sensors driven new category leaders such as the Oral-B smart toothbrush, but also enabled the early articulation of vision-augmented toothbrushes such as Athena with new benefit claims. Cameras are both an end and a catalyst to more with the developments in embedded AI frameworks. Cloud AI frameworks such as Tensorflow now have on-device variants. Solutions such as Intel’s Movidius enable vision intelligence in the equivalent of a pluggable USB stick. This combination of vision and AI forms the foundation of a powerful tailwind of edge intelligence that is promising and in the early innings yet in terms of step changing the intelligent IoT value proposition.

Evaluating IoT experience begs two questions. Firstly, what ‘things’ benefit from intelligence, connectivity and digitization? And secondly, how well does the experience need to work to be compelling and lucrative? Benedict Evans from well known venture capitalist a16z presents an investors point of view on both questions in his blog article—Smart homes and vegetable peelers.

First, the benefit of turning a thing into a ‘smart’ thing (i.e. IoT) makes a lot of sense, for some things some of the time but not for all things, all the time. In the book Super Normal: Sensations of the Ordinary, designers Morrison and Fukasawa articulate compelling re-designs of everyday objects as taking the normal personality of the ‘normal’ objects and super-normalizing them. A super-normalized orange peeler is still an orange peeler, but with an ‘oomph’ to it that delights in new ways beyond the mainstream product. The well known investor and entrepreneur Dave Morin extends the notion of super-normal to digital innovation. He argues that the notion of making the ordinary extra-ordinary (while maintaining its core user experience) is the role of compelling digital innovation as well. Three sacred treasures, an amusing Japanese newspaper article from the electric appliance era argues that a successful IoT experience will be viewed by consumers as a gift from the gods that infuses special powers to the receiver! Have we arrived at the three sacred treasures for IoT yet? To my mind, the answer is that all the catalysts for getting there are in place, but the journey is still in progress.

Ecosystems are tricky because they represent a tension between control and choice. Companies want a controlled ecosystem in which they can provide the best (in their opinion) experience. Consumers want choice, and therefore company-agnostic ecosystems. As iOS and Android have shown in the mobile industry, there are multiple paths to success as long as they achieve consumer delight at a reasonable price. Have we yet created an IoT ecosystem where consumers can operate their IoT home as a home, not a collection of disparate devices? In voice-based AI interfaces, the answer is yes. In true interoperability between things in the house, an ongoing journey. In my case, the simple act of updating device configurations upon installing a new Wi-Fi router in the home took anywhere from 3 clicks to 50 clicks per device. In an ideal IoT world, what’s known to one IoT thing (the smartest device in the home) should be known to all things in under one-click.

In conclusion and back to the original question, where are we in the IoT journey. I would argue that with technology at an inflection point, the quality and quantity of experiences rapidly accelerating, and ecosystems issues beginning to be addressed—the glass is half full and filling up fast. The next few years should be exciting for solution providers and even more so for consumers in the IoT space.