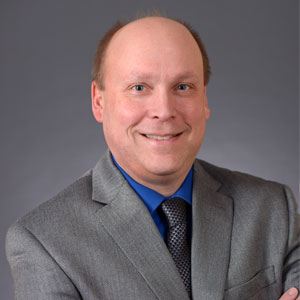 Remember when the “Information Superhighway” promised instantaneous data delivery to the doorstep? It was touted as the Autobahn of information. Of course, in those days, connectivity was wired, and social media meant classified ads in the newspaper. As much as times have changed, the superhighway metaphor for data transmission remains apt – and maybe even more so given today’s Smart Highways.

It’s easy to imagine packets of data as vehicles and our networks as the roads they travel. And in this era of increased network complexity – with satellite, wireless, and wired connections all converging to serve swiftly expanding needs – the concept of a data superhighway fits, right down to “traffic control” measures like toll roads and HOV lanes. Merely upgrading the system is not enough to accommodate the increasing volume of data traversing our networks; communications networks also need intelligent traffic control, a common feature of SD-WAN (software-defined wide area networking), to route data efficiently and keep high-volume traffic flowing.

A growing population of Internet users, exploding number of devices and connections, and increasing multimedia and video consumption are all contributing to exponential growth in global IP traffic. The COVID-19 pandemic gives us a preview of how existing global broadband networks are under changing traffic patterns.

With millions of people working from home, accessing online educational resources, and streaming entertainment, ISPs reported all-time highs in traffic. For instance, in a week-over-week comparison early in the pandemic (March 12 and March 19), Verizon saw total web traffic increase 22%, driven by demand for bandwidth-intensive streaming video services (which grew 12%), VPN use (up 30%) and online gaming (up 75%). In just a few months, “peak” has become "regular," with traffic levels now consistently 25-30% higher than pre-pandemic – a rapid acceleration of the already anticipated massive growth in traffic over the next several years. As on a literal highway, when the volume of traffic surges, congestion follows, regardless of the type of network technology.

Efforts to improve the infrastructure are well underway already. Examples include the rollout of 5G, the extension and improvement of cable, LTE, and fiber networks, the launch of new High-Throughput Satellites (HTS), and the advent of NGSO (non-geostationary orbit, like low and mid-earth orbit) satellite constellations.

Hybrid networks, interoperability, and multi-transport connectivity are hallmarks of the future of networking and quite possibly the only way to support the ever-increasing demand for connectivity

But to optimize the growing highway system across all transport types, advanced traffic control is imperative because capacity alone is not enough. Due to the pandemic and the rapid shift to work-from-home for so many businesses, the need for traffic control has also expanded beyond just the traditional corporate environments to distributed enterprises and homes. Like home Internet subscribers, users may be unfamiliar with the term SD-WAN, but even they will soon see the benefits of "intelligent multi-path connectivity." An example is the timed tests now being conducted for high school and college students, where the network has to be up and reliable.

The Advantages of Multi-transport data Transmission

Multi-transport data transmission leverages all available connections for data transmission – including fiber, cable, LTE, and satellite. Intelligent technologies classify the type of traffic and automatically route the data via the “best” available pathway based on transport characteristics, such as speed and latency, and can also consider cost variances to optimize budgets and business needs.

• Sensor data (“Internet of Things” or“IoT” data)may be routed via a slower connection or aggregated at concentrators where the information is batch-forwarded over a wide "lane," to a data center.

This kind of smart routing redistributes the overall data load across all available connections, making the best use of all available bandwidth and even capitalizing on the relative advantages of each type of transport. For instance, the fastest available connection may be costly to use, so sending only the most critical traffic – like credit card transactions or day trades – via that route is worth the extra expense. What's more, transmitting data over multiple paths achieves better throughput and error resilience versus sending along a single path by taking advantage of each transport’s characteristics. In short, diversification creates efficiencies.

Finally, a technology that intelligently routes traffic creates network resiliency. If any stretch of network highway is closed – i.e., if one form of connectivity experiences an outage or overload – the system can be built to sends the data via an alternate route automatically.

Utilizing multi-transport is not new. Companies originally focused on resilience with the deployment of secondary backup networks. Realizing that the second network can be leveraged for additional capacity brought the idea of active-active networking to the front of the market and has driven the need for intelligent control of the traffic based on different transport performance and cost—and thus the surge of SD-WAN deployments.

However, as networks grow more complex with multiple transport options, there are challenges to overcome. For instance, data packets on diverse paths will travel at different speeds. If the network perceives packets to be lost rather than delayed, it might trigger retransmission – adding more unnecessary traffic rather than making it flow more efficiently. When data packets that are part of a single session travel by different paths, they need to be reconstructed at the receiver. Engineers at Hughes and other network providers are successfully addressing these challenges, as well as implementing machine learning (ML) and artificial intelligence (AI) to identify better and classify traffic types and route them accordingly as their profiles change.

As the variety and availability of transport types grow (particularly through the addition of more satellite constellations), the next frontier is creating economical hardware that can handle large volumes of data and effectively take advantage of all types of satellite, like GEO and LEO, adding even more viable pathways to the multi-transport mix – even for residential users.

Making the Superhighway the Smart Highway

Hybrid networks, interoperability, and multi-transport connectivity are hallmarks of the future of networking and quite possibly the only way to support the ever-increasing demand for connectivity. While the industry upgrades the networks with more capacity and more transport options, it also must focus on network management and the latest AI and ML capabilities to make the best use of all the available transport types, not just for distributed enterprise and business but for residential applications, too.

Intelligently utilizing multiple modes of transport with varying throughputs, latency, data costs, and coverage areas improves performance and reliability. Today’s developments in SD-WAN and multi-transport network management put us on the road to improved performance and reliability – making our increasingly complex information superhighway less of a crowded rush-hour freeway and more like the virtual Autobahn of the future.