Preparing for the New Energy Landscape 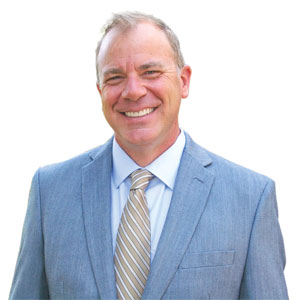 The steady increase in energy consumption across North America is forcing consumers to contend with high and variable energy costs and utilities into increase grid investments. Total energy production in the United States increased for the sixth consecutive year in 2016, according to the U.S. Energy Information Association (EIA). During the same period, electricity generation from wind, solar, and other distributed energy resources (DERs) also grew, ushering in a “New Energy Landscape”. These dynamics have intensified the complexity of the grid operations. Thus, utilities are looking closely at new, grid-edge hardware and software that solve for DERs, while meeting ratepayer expectations shifting towards a more affordable and sustainable energy mix and consumer options.

This shift significantly impacts the distribution grid operator who now must manage a more diversified energy mix including “prosumers” who are contributing to the grid in new ways; from providing their own generation, to smart home technologies, to participating in programs like demand response. In response, microgrid technologies have evolved to become one of the most effective tools for grid operators to solve the dynamics of the New Energy Landscape. Utility-scale microgrids are one of the most efficient ways for utilities to manage DER, incorporating support services such as energy supply, frequency control, voltage stability, power quality, and storm/outage management in one solution. Microgrids that incorporate advanced software enable better predictive control for added efficiency and cost-savings.

While most utility “smart grid” technologies focus on managing the traditional grid, microgrids are further enabling utilities and prosumers to add energy resiliency, efficiency, and economy to the mix. They enable resources to become more cost-effective and resilient, essentially opening the main switches during a grid disruption and using a DER to provide energy in an “islanded operating mode.”

A critical benefit of microgrids comes from their ability to enable the modernization of aging electrical infrastructure. Our country’s electrical infrastructure is graded a D+ by the American Society of Civil Engineers’ (ASCE) 2017 Report Card for America’s Infrastructure, demonstrated by recent and wide-spread power outages in New York and San Francisco that clearly illustrated how fragile it has become. Our electrical distribution system was built around remote generation, long distribution paths, and passive loads and it was not designed to handle the coming levels of energy consumption or further complexity of DERs.

However, utilities can now leverage microgrids to upgrade their area grid without needing to “rip and replace” the existing infrastructure. Microgrids that incorporate energy storage increasingly complement the new distributed resources and doubles as further power systems back-up for added resiliency to get the grid back online faster after an outage.

These benefits have spurred a period of unprecedented growth in the microgrid market; in the U.S. the microgrid market is projected to reach more than $ 4.3 gigawatts by the end of the decade. This is thought to represent a five-year investment of $ 6.1 Billion. Gradually, these benefits will enable the states utility models to evolve toward a “grid of grids”—with microgrids as the centerpiece.

“Grid of grids” models are further supported by the convergence of information technology and operations technology (IT/OT). Merging IT and OT breaks down siloes and creates new opportunities for technologies, like advanced microgrids, to enhance the resiliency and efficiency of the grid, while offering utilities a more efficient way to operate and monetize DER. DERs are not only more efficient because the energy is produced closer to where it is consumed, but also with lower carbon emissions for a unit of energy produced, making the entire system more sustainable.

The ability for microgrids to be powered cleanly by renewable energy will significantly contribute to the decarbonization of the current grid by substituting the load with locally produced clean power, without the need for ratepayers to subsidize those renewable sources. Additionally, microgrids enhance the design and condition of bulk power of the electrical distribution system creating enhanced reliability against severe weather and security against cyber attack. The opportunities for microgrids to provide value for many scenarios have allowed the technology to emerge as a key ingredient for enabling a cleaner, more equitable energy future in our world.

Developing the Power System of the Future

We know the current way of distributing and managing centrally generated energy in the U.S. is unsustainable and the ultimate evolution of our grid is coming from flexible distributed power generation. The fastest and most efficient way to reach a high penetration of renewable with safe and reliable delivery of electricity is to implement microgrids.

Several initiatives have already started in the U.S. and abroad regarding the adoption of distributed energy. Through more advanced technology, including better control and more intelligent software solutions, we can help grid operators better solve for the New Energy Landscape – meeting both the high penetration of distributed generation and the expectation of higher quality of service from customers.