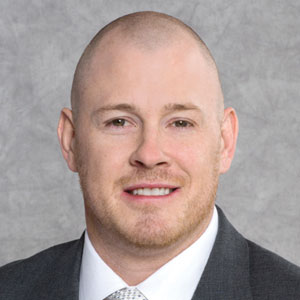 No business is immune to the growing presence of robotics. It doesn’t matter whether your organization is into manufacturing, retail, or even banking, robots are making their way into your business. As robots proliferate across businesses, they are generating an immense volume of data about your operation. From a data management perspective, we must consider robots as a part of an IoT strategy and work to harness the massive volumes of information and figure out ways in which to connect this information to other, at times disconnected, business processes.

Robots, much like any other connected asset, are a tool used in the day to day operations of our businesses. Obviously, the data generated and the applicability of this data depends on the processes in which the robots are involved in. The interesting point, and perhaps the most disruptive point, is that robots are now being called upon to perform tasks outside of the traditional industrial manufacturing role of robots. A new breed of service robots has emerged that is smart, connected, and collaborative. These robots, often referred to as co-bots, are being deployed in a variety of industries and across a wide range of business processes.

As organizations look to deploy robots in new business areas, they are introducing a data generating mechanism that can tell us a lot about our businesses. For example, robots are increasingly being used within the order fulfillment process in distribution and fulfillment centers. As robots are used in this process, they are being tied into the business management systems (WMS) which is helping to deliver greater insight into things like throughput, order management, inventory, and the overall fulfillment process. The difference is that the data is automatically distributed, rather than relying on manual efforts to complete the order fulfillment process.

​As organizations look to deploy robots in new business areas, they are introducing a data generating mechanism that can tell us a lot about our businesses

With better insight, organizations using robots in their fulfillment processes are better able to identify process improvement opportunities, as the data is autonomously generated and shared in real time. This point is one of the driving forces behind the explosive growth in IoT related business initiatives– producing actionable intelligence in real time. But, it is not just about the data generation aspect, it is more about the ability of an organization to analyze the data and to mine the data for further improvement opportunities.

Robots in the order fulfillment process in the warehouse are probably the easiest, and most widely used, example to discuss robots across business functions. However, it is certainly not the only one. Robots have been developed to perform a wide variety of business functions including (but not limited to): physical security, material handling, picking and packing, and even customer interaction. While the form, function, and objective of these robots will vary widely, the one constant is the fact that these robots will capture immense amounts of data that will have to be communicated, analyzed, and acted upon by any organization using robots in their business processes.

In addition to the information about the individual processes being performed by a robot, the robots are capturing data that can be used to improve disconnected business processes. For example, a robot being used for material handling in a hospital will generate information about the frequency of use of certain materials, distance traveled, and even areas of a facility that it is visiting most frequently. While this information is often captured, it is typically captured and managed in disconnected systems which can constrain the opportunity to optimize related but disconnected processes. With robots involved, the hospital can then use this data to assess the relative efficiency of the broader operation and support decision making around things such as: where to position materials, where underutilized assets reside, and how to reduce the time it takes to reach patients.

Overall, there is tremendous value that can be gained through the deployment of robots across an organization beyond the process automation component. Indeed, the process automation element is a driving force behind deployment of robots, but the additional value of a new source of data must be considered as a key point of value as well. There can be no question that robots are going to continue to become a key technology in the future of business. While the use of robots will certainly enhance business process execution, those organizations that are able to effectively harness and act on the immense volumes of data the robots will produce will achieve much greater value than those who deploy robots strictly as a mechanism to automate.

Agilify Automation: The Amalgamation of IA with BPM

EnterpriseWeb: The Future of Process

JobTraQ: Core BPM Functionality Business People Can Use Without the IT Department

Modus21: Bringing Right People and Technologies together for Right Process