State of the Blockchain Nation 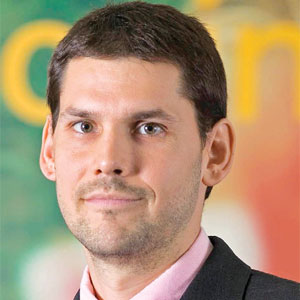 The hype is over. And it's a good thing. Gone are the days where "Long Island Iced Tea Corp." changed its name to "Long Blockchain Corp." and the share price jumped by 300 percent or where Kodak announced a blockchain solution and their market value more than doubled in one day— although only temporarily.

Huge losses on crypto markets in 2018 led to a change in public opinion. Crypto and blockchain aren't all shiny anymore, they are not cool, and therefore nobody should use blockchain for the purpose of creating attention nowadays. This makes room for more serious applications and considerations. It gives people and companies time to look for real opportunities to use a blockchain.

Blockchain is only an instrument and it has become a commodity. If somebody wants to build a solution based on Hyperledger Fabric, one could for instance go to IBM or Oracle. Microsoft and AWS on the other hand offer both– Hyperledger Fabric and Ethereum–in various flavors ranging from blockchain as a service to only specific parts, like templates for EC2 instances or the Quantum Ledger DB in the case of AWS. Others are even further: Take Kaleido just as one example: For less than US$ 1,000 per month anyone can run a fully managed Ethereum based blockchain that can be accessed and configured via an easy to use web-interface. No upfront-investment, no risk of sunk costs.

Most enterprises stopped to differentiate themselves by running their own data center already years ago, this happens now for blockchain

Most enterprises stopped to differentiate themselves by running their own data center already years ago, this happens now for blockchain. Why build it all from scratch? But still, many organizations starting with blockchain haven't planned beyond the technology. This means they haven't even started when it comes to the most relevant part: The use-case. If a company manages to find a compelling use-case that harnesses blockchain in a way that no other technology can deliver, then this will create a competitive advantage for probably years to come.

And thinking about blockchain doesn't stop with technology or use-cases. An equal important part plays corporate culture and the way teams work. Companies working on blockchain projects should do this by using agile methods and they need to acquire the right mindset.

The availability of third-party managed blockchain services coupled with a "fail fast & learn quickly" attitude creates an ideal environment for teams to succeed faster with the added benefit of not having to risk much.

Most applications of blockchain in the public over the past couple of years clearly have been cryptocurrencies, smart contracts and ICOs. In the background many companies started to optimize their processes with blockchains or even built complete supply-chains based on them. Some examples of sectors extensively working on blockchain adoption are: Automotive, Food, Energy, Transportation, Healthcare, Media and Telecommunication. Currently one of the most active sectors is the financial sector. It seems the danger of losing significant market shares to new competitors who promise cheap, fast and sometimes also anonymous financial services lead to a swift reaction and significant efforts to reduce their competitor's first-mover advantage while at the same time trying to raise entry barriers for future entrants. Tightened regulation in the crypto space also seems to serve them well so far.

The same challenges that hinder most people from using cryptocurrencies are also a barrier for enterprises when implementing B2C blockchains. In order to participate, their customers need to bring quite some level of technical knowledge. They need to install additional software like wallets, sometimes even run nodes and they need to convert fiat money into cryptocurrencies–in most cases with the help and to the benefit of "legacy" financial service providers. Therefore the focus should lie on making things as simple and inexpensive as possible for potential customers.

On the other hand gamification could help to overcome remaining barriers. A lot of people started using blockchain because of CryptoKitties. And games like for instance UnicornGo can lead to parents installing the required software and get up to speed with blockchain basics just because their children want to own and breed fancy unicorns. At the same time such games help to identify limitations and challenges that need to be overcome—for instance when it comes to scaling, cost-efficiency and ease of transfer or conversion of funds.

Another area that requires significant work and development are consensus mechanisms. With 51 percent attacks looming— we've seen quite a few recently—even Bitcoin doesn't appear to be safe considering that any four out of the five largest mining pools for Bitcoin possess more than 50 percent of the overall hash power. This clearly doesn't pass the test when it comes to decentralization and therefore opens up the possibility of manipulation. Just adding more hash power and using even more energy doesn't help—it brought us to where we are. New developments like Casper—the proposed new Ethereum Proof-of-Stake consensus mechanism, which doesn't consume large amounts of energy—could be the future, and this is where efforts should be put.

And there's something else when we look in the more distant future: It's the question of how thousands of blockchains will co-exist. We need to think about cross-chain interaction and compatibility. Nobody will be willing to deal with dozens of blockchains in parallel. Although some work is already being done in that area—with for instance cross-chain atomic swaps for cryptocurrencies or cross-chain smart contracts—there is far more that needs to follow.

"The hype is over" doesn't mean blockchain is dead or will die—quite the opposite. It is here to stay. Blockchain is on its way to become ubiquitous. It will be part of everybody's life—every day. We just won't notice. Nobody will raise an eyebrow if somebody or something uses a blockchain. It will be the same as using the Internet or having Wi-Fi.