The AI Transformation of Finance 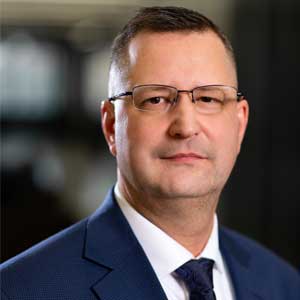 Managing money has traditionally involved more art than science. Investment managers would rely on instinct and experience to decide which opportunities are the best match for the needs of each client. This worked well enough for decades, but in the age of Big Data, we can certainly do better. Thanks to artificial intelligence (AI), the industry has, within its grasp, the potential for a powerful expansion in capabilities. Now, all it takes is the will to embrace the cultural change needed to convert possibility into reality.

There are no off-the-shelf solutions that will deliver a company into the AI-guided future overnight. To make the most of what AI has to offer, organizations will have to adapt core functions to suit an entirely new way of thinking about achieving the company’s objectives. It’s not an easy process, and it’s important to be realistic about what such systems can and can’t accomplish.

Some see AI defeating humans in complex games like chess, Go, or Jeopardy and assume that this means AI is inherently better at everything. Much of the blame for technology’s all-powerful reputation comes from pop culture, which for decades has depicted robots as a destructive force for evil waiting in silence for the opportunity to take over the world.

Humans have creativity that machines simply can’t match, and until you can find a machine that can come up with an entirely new joke that’s actually funny, mankind will have its work cut out in creating an artificial human

AI isn’t nearly that good. We’re far from being able to create artificial general intelligence that can think for itself and develop the desire to go on a homicidal rampage. Skill at playing games that have well-defined rules is one thing, but the real world exists on a whole other level of complexity. It’s far beyond our ability to program machine learning routines that can even get close to a toddler’s ability to perceive the world.

Humans have creativity that machines simply can’t match, and until you can find a machine that can come up with an entirely new joke that’s actually funny, mankind will have its work cut out in creating an artificial human. So, instead of forcing machines to do what they’re just not good at doing, augmented intelligence delegates to machines the tasks that involve the need for memory and computation while humans are entrusted with the tasks that require judgment. Informed by the machine, that human operator has a better awareness of the situation and can thereby make more considered decisions–operating on facts, rather than instinct. Man and machine work better together than either could on their own.

So, in finance, a machine reviews all relevant material about potential investments performs the necessary statistical calculations. An expert system is used to analyze the potential best bargains available at the time. All of this information is organized, summarized, and presented to the human who will make the final call about what investment to make.

Companies have a huge incentive to make decisions based on skill rather than luck. For a global company operating at scale, even single-digit efficiency gains are worth millions. The technology needed to create these optimizations is also there, as AI hardware and software have made incredible leaps in the past several years. Of course, there’s a “however.”

Building systems capable of converting raw data into insight require tremendous investment, and quite often, it requires developing entirely new data collection systems from the ground up. It’s going to be tempting to try to convert the existing data infrastructure to serve the new AI purpose, but it’s probably wiser to avoid the added work and frustration that’s inevitable when attempting to adapting old data formats to new ones. Starting fresh ensures the job is done right.

Another challenge is the need to enlist the cooperation of the best minds in the company to share their experience so that their domain expertise in making financial judgments can be baked into the algorithms. That sharing of knowledge is what can boost the effectiveness of the entire organization, but it’s also the sort of thing that the company’s superstars may be reluctant to do, thinking, “If everyone knows what I know, I become less valuable.”

The good news is that it usually doesn’t work out that way. After using augmented intelligence systems, the in-house experts quickly tend to realize the new system accelerates their productivity as much as it does everyone else’s. Machine assistance makes top performers even better than ever at what they do, while also relieving them of the most tedious aspects of collecting and processing data.

Augmented intelligence represents the future of business because the combination of human judgment and machine calculation can’t be beat. The sooner that company leaders see the trend toward the intelligent enterprise, the sooner cultural changes can be made to make the most of it.