The Dawn of the Blockchain Revolution 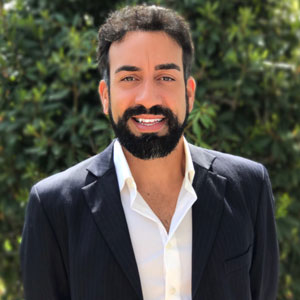 It feels like only yesterday when I got myself into the Blockchain space, coding scripting language for Bitcoin and Solidity for Ethereum at Stanford University. I remember the first video I watched about Bitcoin; it talked about digital money that could be moved as quickly as emails.

But despite the ICOs deflating a bit in early 2018, Blockchain Technology’s first use case, cryptos, seem to be making good progress these days particularly when we talk about stablecoins. We saw JPMorgan Chase introducing the JPM coin, pegged to the US dollar, the use case, to transfer money to someone’s account using blockchain.

Just recently, we also read that Facebook will get into this space, its cryptocurrency, Libra, will be backed in a basket of currencies including the dollar, pound, euro and so on. Samsung too is planning to add some crypto and blockchain features to its flagship phone: decentralised apps, digital signatures and blockchain wallets are some that are worth mentioning. Even Apple dropped some hints at the last WWDC regarding some cryptographic developer tools in its new iOS 13.

I also feel compelled to mention the Utility Settlement Coin (USC) project (recently incorporated as Fnality International), led by Santander Bank in conjunction with some other of the world’s major banking players, which aims to create a blockchain-based multicurrency clearing and settling system for interbank purposes.  In each of its currencies (USD, EUR, GBP, JPY, CAD) USC tokens will be fully backed 1:1 by cash on deposit in its respective central bank.

However, as everybody in the space now knows, blockchain and DLTs are much more than cryptocurrencies, and the range of use cases is wide. We were lucky to build, for Santander UK, the first blockchain-based international payments application using Ripple’s first protocol, Payoo. The experiment was a success and as a continuation of that work, One Pay FX was released and made available in four different Santander markets across the world to make sure that transferring money abroad is fast and clear for our customers.

Exploring blockchain to process payments, reducing third parties from the process, has always been one of the most popular use cases, and the application has certainly significantly improved our customers’ experience of sending money abroad. We have also seen growing interest regarding the redesign of trust using blockchain in supply chains: for instance, the Word Economic Forum has announced a project with 100 organisations.

Letters of credit is another example for which we have already seen some live pilots with specific consortiums. And last but not least, Digital Identity: Mastercard has revealed details about a platform on which consumers control their identity; Paypal has invested in a company which is focused on a blockchain-based identification system, and Microsoft is working on a project that uses bitcoin underlying technology to protect users’ identities.

In addition to this, the latest trend in the blockchain ecosystem that emphasises that the technology is here to stay is the so-called blockchain-as-a-service: Amazon Managed Blockchain or the tandem Microsoft Azure cloud platform and Quorum will let users set up blockchain networks in AWS or Azure in just a few steps.

While we all agree that email was the killer use case for the internet, the blockchain equivalent is still to be discovered. The board is set up, and all the big players are participating.