The Days of Dull, Dirty, Dangerous are Done. Your Ever-Loyal Drone Wants to do so Much More. 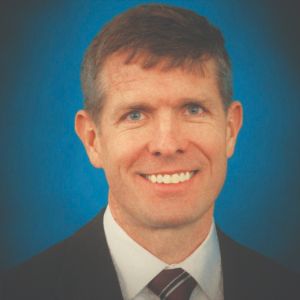 Drones are often billed as most useful in mission areas that are dull, dirty or dangerous. Examples include video surveillance (dull), and post-tsunami nuclear reactor inspection (dirty & dangerous).But if all you have is a hammer, every problem looks like a nail. For companies trying to apply “drone technology” to their business it is important to understand some “missioneering” to apply the right tool for the job and to keep an eye on five super trends.

At its heart, each drone is a specialized tool, consisting of hardware and software that combine to do a particular function or mission. Regardless of the mission or environment (air, maritime, subsea, or ground) certain core functions are required: Energy, Propulsion, Structure, Control, Communication, and Navigation.

Energy: The energy function is currently one of the most limiting, but also an area where major improvements in energy storage technology (i.e. batteries, fuel cells) will greatly increase the capabilities of all drone systems.

Communication: We all know that 5G is coming (if you haven’t heard – 5G is coming!)and with it broader coverage, higher bandwidth and much-smaller transmitters and receivers. This will enable increased ranges and connectivity especially for ground and near-ground drones.

Navigation: While most navigation is currently GPS-based, other sensors are being used to provide integrated situational awareness or live mapping of the environment. Exyn and Skydio’s use of simultaneous localization and mapping (SLAM) with LIDAR or camera systems enable their systems to safely operate without GPS and in Exyn’s case in non-traditional locations like dark underground mines.

In order to operate in a specific environment (i.e. air) other functions may be needed. As a result all airborne drones have some way of producing lift (wings, direct thrust, or buoyancy) and adapting to the particular environment where the system operates by planning for pressure and temperature variations among a host of other environmental concerns. Space and subsea drones have their own unique adaptations.

To accomplish a specific mission a drone further requires the ability to sense and/or interact with the environment. Sensors can be ubiquitous visual camera systems to more advanced LIDAR, RADAR, SONAR, CBR sensors or RF tag scanners. Most drones stop there, but the future is filled with drone systems that can also interact and impact the world around them. One well-known military example is weaponized systems like Predator that deliver precision kinetic effects. Less known is Zipline’s use of drones to deliver vital medical supplies in Africa. The near future envisions transportation of goods (Amazon) and people (KittyHawk, Lilium, Hopflyt) and interacting with the environment to do work.

What are the limits of drone interaction with the environment? Drones are specially adapted tools and should be developed to meet specific customer needs. Is an air hammer possible, or an air screwdriver? A robotic lawn mower? Husqvarna and others make one. Houston Mechatronics is developing the underwater equivalent of a Swiss-army knife, an all-electric underwater transformer that is part AUV, part work ROV. Can a drone plant trees? BioCarbon is planning to do just that. Can a drone fight fires? The National Park Service is experimenting with drone systems that can fight fires at night when winds are calmer and manned aircraft can’t fly. All of these use cases and more are being pursued, and in nearly every business vertical, there are ways that drone systems could be designed with mission capability to improve some aspect of business performance.

Drones offer capabilities that often exceed the limits of human performance. They can go beyond where humans can endure (hotter, colder, deeper, higher, further, faster, and longer) and into places humans can’t fit (small spaces, pipes).

Finally here are five supertrends to watch that will impact drone utility:

• Smart Vision– AI-enabled vision recognition and automatic classification enables drone operators to discern details beyond human physical and mental limits. AI-enabled drones could find and evaluate faults and cracks in infrastructure, triggering alerts or visually survey large swaths of ocean like Sentient’s VIDAR system. The system could be trained in the identification and interpretation of vertical-specific concerns.

• Digital Twins– The real world will increasingly be modelled and replicated in digital form. Digital twins of “as-built” structures will be commonplace and will be as expected as blueprints for major building modifications or remodeling.

For more on what drones can do or are doing check out two of my favorite drone podcasts, Drone Radio Show and Commercial Drones. FM. And the next time someone says they need a drone for their business ask them “Do you need a Flat-head or Phillips?”