The Emerging Landscape of AI Decision-Making 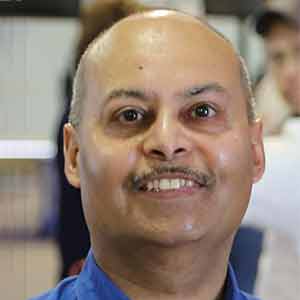 Artificial Intelligence (AI) has gained favor as the current buzzword for things related to technology in the popular press.

Every day, we see news articles proclaiming that AI has solved some or the other problem in diverse fields.

However, a natural question remains unanswered: What exactly is AI?

Intelligence is normally associated with a capacity to learn from experience and making decisions based on the learned knowledge. It may also involve understanding complex ideas. But the most important aspect of intelligence is the capacity to apply the experience gained in one context to solve problems in a completely different context.

All living creatures exhibit a certain level of intelligence. A child quickly learns not to go near a situation that may be detrimental, for example, an open fire or a body of water. Even a squirrel knows to avoid an oncoming car to preserve its life. Similarly, animals plan to build a dwelling (nest) and to stock food for when it may not be readily available. Such behavior is learned mostly by observation and at other times by experience.

We, as humans, think of ourselves as exhibiting a higher level of intelligence. We not only learn and plan but can also reason with abstract ideas such as proving mathematical theorems and building models to simulate and explain some phenomenon.

AI is based on the following pillars: decision making, planning, learning, problem-solving, modeling, and perception/reasoning

At the dawn of computing, Alan Turing proposed the Turing Test to evaluate the intelligence exhibited by a computer. In this test, a human interacted with another entity by posing some questions without being able to see the other entity. This test suggested that a computer will pass the Turing Test if the human subject could not tell whether the entity on the other end of the conversation is a human or a computer.

The Turing Test has been criticized as being too narrow a definition of intelligence. It deals with only the linguistic aspects of intelligence and completely ignores the other aspects, for example, what is commonly called muscle memory. Muscle memory allows us to walk (manipulate the leg muscles) while not consciously thinking about the action being performed. Nevertheless, the Turing Test is still considered a standard, and projects from IBM’s Jeopardy to Amazon’s Alexa have tried to beat it and, so far, have failed.

More recently, AI has been taken to mean the ability to make decisions based on knowledge coded in algorithms. It could be based on the discovery of patterns in large volumes of data, or coding of the information gleaned from those patterns. The big explosion in machine learning and the abilities provided by hardware to scan extremely large data sets to learn from such data has contributed to such decision-making abilities.

Putting things in perspective, AI is based on the following pillars: decision making, planning, learning, problem-solving, modeling, and perception/reasoning. All of these concepts are associated with intelligence and contribute to the development of the field.

Decision making has been used to exhibit intelligence in the early AI systems. Such systems were built on coding knowledge in the form of rules that were able to decide the observations provided. These systems were known as expert systems or rule-based systems and were based on an approach entrenched in propositional logic. Such systems are common now, for example, when someone needs to search for a part for a specific car, such a system helps with the search of the precise component.

Planning is based on using a set of observations to decide on an optimal outcome. Such systems are exemplified by the navigational aids that use data from multiple devices to observe the traffic conditions and provide the best possible route, satisfying some constraints such as avoiding tollways and getting to a destination in the least amount of time.

Learning depends on the use of massive amounts of data to search for patterns and use those patterns to encode the knowledge to recognize the patterns in future observations. Two major developments in recent times have facilitated learning: the availability of large data sets collected by many entities such as corporations and social media giants and a big leap forward in the computational power to store and process such data. Of course, the algorithms have been developed to leverage both of those two developments and have played a major role in advancing AI.

The problem-solving aspect tries to mimic human procedures to solve a general problem. The initial experiments in this field resulted in the development of a General Problem Solver (GPS) by Allen Newell and Herbert Simon in 1961. GPS was the result of observing the logical reasoning steps taken by humans to solve some problems and attempted to duplicate such reasoning mechanisms.

Modeling is another important aspect of AI. Here, the idea is to build a model from observations. For example, the face recognition algorithms attempted to recognize the features of a human face such as eyes, lips, nose, and ears, and then, compute the relative distance between those features to identify a face. Many object recognition algorithms build a model of the object to be identified and use that model to accept or reject such identification.

Finally, perception allows AI to sense the presence or absence of a feature. Perception takes several forms, including visual, sensory (temperature and pressure), and audio. An automaton can see an object not just through visual imagery but also in other electromagnetic bands of the spectrum such as infra-red, ultraviolet, and microwave. Visual sensors allow an automaton to build a model of its environment and are essential to applications such as autonomous driving vehicles.

Overall, AI depends on a combination of the above pillars to develop a successful application. An autonomous vehicle has to be able to sense/ perceive the traffic around it; it has to be able to build a model of that traffic; it has to be able to plan its route through navigational aids; it has to learn to avoid hitting any obstacles, and it has to make decisions with respect to speed and minimization of loss in case of adverse conditions.

One of the limiting factors of AI is that it can solve a problem in a single narrow domain. This will be more like a neurosurgeon who can perform brain surgery but has no clue on how to drive a car or pick up a fork and knife to eat at a dining table. Moreover, the machine learning algorithms based on neural nets are unable to explain their reasoning for arriving at a decision. AI has been growing at an exponential pace, but one has to remember that underneath all the hype, there are still a lot of algorithms and data structures. AI has not been able to equal the intelligence honed over millennia of evolution and absorbed into the human DNA. Despite all the hype, it is widely agreed that systems like chess champion Deep Blue and jeopardy champion Watson are unable to pass the restricted Turing Test. We are still nowhere close to an automaton that cannot just communicate with us but also do simple chores like taking food from a refrigerator, warm it in a microwave, and lay it on the table.