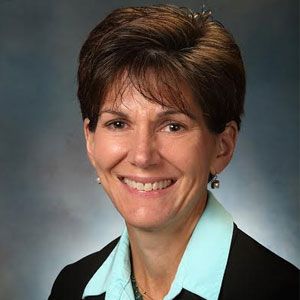 The Commonwealth of Virginia is one of the first states to take a comprehensive statewide look at Smart Cities and what those emerging capabilities might mean to those who live and travel in the state. Former Governor McAuliffe issued an Executive Directive in the summer of 2017, establishing the Virginia Smart Communities Working Group to develop policy recommendations and an implementation roadmap for Smart Communities in the Commonwealth. The Working Group aligned to the National Institute of Standards and Technology Global Cities Teams Challenge Supercluster breakout, focusing on what are currently six themes or verticals: transportation, data, public safety, utility, wireless, and agricultural/rural. We adopted the name "Smart Communities" instead of "Smart Cities" to recognize that this evolving trend is something we want to benefit every community member of Virginia, not just those in the higher density, more urbanized areas of the state.

Our working group recommendations clustered in several areas, all focused on the economic development potential of Smart Communities. These recommendations included those aimed at:

One outcome is that we have now initiated conversations looking to optimize across all of the infrastructure elements in Virginia: how do we get all communities connected to broadband; can we achieve synergies between the transportation network and the communication networks, or between the electric utilities and the data infrastructure via common cybersecurity. A second realization is that each region has its own particular needs and priorities, and that common infrastructure provided at the state level must allow for these regional variations.

The Virginia Department of Transportation (VDOT) is committed to leveraging technology to improve both safety and mobility throughout the commonwealth and the concepts of Smart Cities are an integral part of current initiatives.

In transportation, these themes are reflected in multiple ways. The Virginia Department of Transportation (VDOT) is committed to leveraging technology to improve both safety and mobility throughout the commonwealth and the concepts of Smart Cities are an integral part of current initiatives. Connected vehicles, vehicles that communicate with each other and with its surrounding infrastructure, have the potential to provide increased situational awareness that can reduce crashes and improve traffic flow. Layering automation on top of the connectivity further enhances both safety and mobility by greatly reducing crashes attributable to driver error and smoothing flow. VDOT has been investing in research to advance these technologies, focusing on vehicle to infrastructure applications where we have a role to play and in infrastructure elements that can support both vehicle-to-vehicle applications and automation. Connectivity and automation have also been demonstrated through truck platooning (a three-truck platoon with the first driver controlling throttle and braking for all three trucks), and investigation of automated shuttles that could provide enhanced community connectivity. As is the case in the larger Smart Communities efforts, the transportation focus is intended to address real challenges in both rural and urban communities. 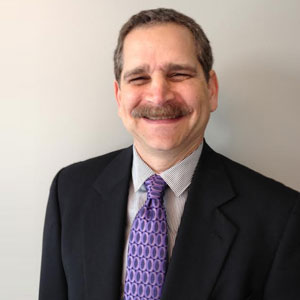 David Ihrie, CTO of the Center for Innovative Technology

VDOT is also looking beyond the evolution to autonomous road vehicles to support smart communities in other ways. Unlike some other states, VDOT controls most rights of way in Virginia and has thousands of miles of installed dark fiber that could potentially supplement the broadband connectivity in the state. With Virginia’s award of the Integration Pilot Program from the Federal Aviation Administration to test the use of autonomous aerial vehicles, VDOT will begin exploring the use of these Unmanned Aerial Vehicles for crash documentation and identification of areas requiring road maintenance. Both uses are expected to result in faster response times and thus improved traffic flows. Virginia’s legislature also supports the initiatives, with this year’s passage of House Bill 1482 and Senate Bill 508, to allow for expanded capabilities in crash reconstruction.

Communities evolve over time in the way in which the members of that community live, work, shop and recreate change. Traditionally, the rate of change is fairly slow with incremental changes happening in one facet of the environment at a time. The Smart Communities initiative turns this model on its ear with advances in one facet leveraged to advance other facets of the environment.