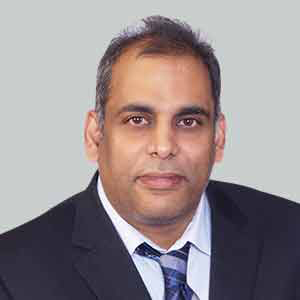 Chandrasekar Vuppalapati, Senior VP
A majority of the world’s livestock population comprises of cattle and is managed by billions of people, a majority of whom are smallholding farmers from developing nations. In an attempt to meet the growing demands of dairy products, farmers across the world are facing numerous challenges and several factors that affect their cattle productivity, including topography, precipitation rate, climate, location, diseases, and nutrition. Also, the impact of climate changes fueled by global warming is causing heat stress on cattle due to the release of toxic lipopolysaccharides that compromise gut integrity and trigger an inflammatory cascade. This metabolic imbalance results in productivity and distribution losses among farmers. The economic crisis of small-scale farmers restricts them from leveraging advanced technologies to predict fluctuations in cattle productivity, as observed by ChandraSekar Vuppalapati, who hails from a country that houses a third of the world’s cattle population.

Having conducted in-depth and extensive market trades across the continents, Vuppalapati, Senior VP, HanuInnoTech— an IoT solution provider that develops a host of dairy analytics products for farmers and dairy cooperatives—realized a market gap. Vuppalapati and his team at HanuInnoTech identified the need for a forecasting model based on AI or machine learning technologies to determine climate trends and ensure continuity in milk productivity. “Having worked with reputed brands such as India-based Amul, we noticed tremendous milk productivity swings that small farmers face—their produce drops drastically during summers when compared to steady produce of 8 liters per day during winters. This also increases the price of milk during summers. The absence of technology further aggravates the problem, and leads to farmers incurring production and distribution losses,” remarks Vuppalapati.

The engagement with Amul and India’s small scale farmers proved to be an eye-opener for Vuppalapati and his team. During the project, HanuInnoTech also observed that while well-equipped farmers—especially in developed nations—had access to sophisticated technologies; their small-scale counterparts were unable to harness technology to improve cattle productivity. This led to HanuInnoTech targeting the dairy industry at its grassroots level.

The realization spurred the conception of HanuInnoTech’s flagship product, a sensor, also referred to as the “Cow’s Necklace.”

Attached to a cow’s neck round the clock, the USPTO-patented dairy sensor monitors the cow’s behavior electronically and identifies health concerns such as heat stress and bovine respiratory diseases. During the above mentioned Amul use case, the sensors, when used continuously for six months, identified the various factors impeding milk productivity and helped the Indian dairy company increase their dairy production by anywhere between 40 to 55 percent.

In the aftermath of the Amul success story, HannuInnoTech further enhanced the sensor by combining IoT, machine learning, and smart data analytics. Since its inception, HanuInnoTech has been a pioneer in the adaption and development of new software architectures, tools, business processes, management techniques, IT strategies, performance improvement and management techniques, and coding standards. The data-ingesting tool is specifically designed to improve operational efficiency, cost savings, and provide actionable insights to address cattle-related critical issues. The smart dairy sensor models are prepared in South Korea using CAD software. Verified models are then specially treated in the Support Cleaning Apparatus and are ready-to-be-deployed by fastening the wearable straps.

Another underlying benefit of the dairy IoT sensor from HanuInnoTech is that it actively promotes a healthier society by diminishing the use of chemicals to increase milk production. “Since most farmers in developing nations lack proper knowledge and evidence of summer drop in milk productivity, they resort to the use of chemicals and inorganic means of farming,” adds Vuppalapati.

Attached to a cow’s neck round the clock, the USPTO-patented dairy sensor monitors the cow’s behavior electronically and identifies health concerns such as heat stress and bovine respiratory diseases

How the Technology Works

The machine learning platform performs rules processing at both edge level and in the dairy SaaS Cloud. The edge compute, generally, a sensor device, and a dairy mobile app assess cattle behavior such as ruminant threshold count, milk fever and lameness, and maintain the record for future reference. The sensor device in the module applies streaming rules to the data collected at the dairy, while the rules engine in the cloud provides a historical analysis of the cattle. Tied with the weather forecast, the device auto-corrects inconsistencies in temperature and enables farmers to determine behavioral changes in cattle. They can then develop a decision model to optimize milk productivity under erratic temperature conditions.

The data retrieved by the IoT sensor is uploaded to the central cloud using an internet connection (3G or4G). The records are maintained in a dashboard continuously for two weeks and are available to the farmers and veterinary doctors. By leveraging Bluetooth, the farmer can connect their mobile phone to the sensor, which operates even under zero connectivity in remote locations and efficiently continues to upload data to the cloud. 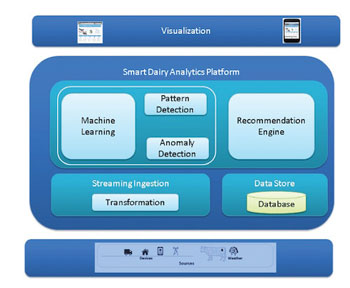 With over 500 deployments across the globe, HanuInnoTech’s “cow’s necklace” will continue to bridge the gap between small scale and resourceful farmers—by enhancing productivity gains. To further strengthen its technology, HanuInnoTech will expand the number of algorithms that can be deployed within the device by reducing the number of power cycles. This will magnify the operational efficiency of the product. Furthermore, its sensor will receive a shot in the arm through the soon-to-launch 5G technology, which will solve internet speed issues.

Steering ahead, HanuInnoTech will bank on its unparalleled understanding of the global farming scenario, and accordingly, fine-tune its innovations. Also, a part of its roadmap involves a project with India’s National Institute of Dairy Farming, for whom HanuInnoTech will solve region-specific diseases. On the cusp of the global IoT transition, HanuInnoTech is determined to remodel agriculture through technology, maximize productivity, reduce costs, and boost farmers’ earnings. “We see a lot of monetization opportunities on the data level, on both the eastern and western parts of the globe. This is exciting because having this data for large laboratories will lead to a great product for the farmers,” concludes Vuppalapati.

Description
HannuInno Tech is a new-age IoT, machine learning, data analytics SaaS software and solutions provider that caters to dairy, healthcare, mobile security, and data center optimization industries. Based in CA, HannuInno Tech has integrated dairy farming with technology by developing an IoT sensor that monitors cow’s behavior electronically and identifies health issues such as bovine respiratory diseases. The USPTO-patented sensor is attached to the cow’s neck and identifies health concerns round the clock. HannuInno Tech has empowered small scale farmers with premium technology that helps them to predict changes and accordingly develop a decision model to optimize milk productivity 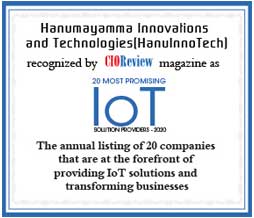 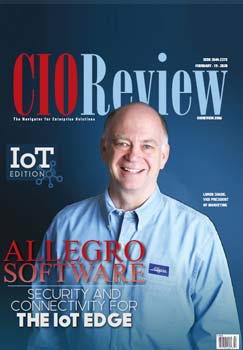