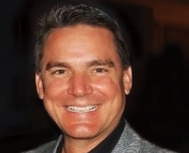 Golf and business are skills that are cultivated by an obsessive devotion to constant self-improvement. Like businessmen, golfers see things differently than normal people. A meticulous approach separates the amateurs from the pros; the seasoned golfer has already developed the instinct to line up his shots, memorized the distance of each club, and perfected his drive. Greatness is defined by how much one strives to reach the unattainable standard of perfection, and to some, their love of the game.

Brett Beveridge is a distinguished entrepreneur with a penchant for golf, and like others of his pedigree, he has learned that one must master the game to excel at it. His drive is complemented by the distance of success, and he is constantly improving his accuracy so he can continue to raise his score in the game that defines his legacy. “You must keep a level head, you must be extremely persistent and never give up to improve,” says Brett about his success during a phone interview with CIO Review. This mantra has earned him 10 award-winning companies, some of which have earned The Greater Miami Chamber of Commerce’s Cutting Edge Award, 5 times on The Inc. 500 Fastest Growing Companies List, The Red Herring Top 100 Award, The South Florida’s Business Journal’s Top 50 Fastest Growing Companies Award, and more.

In 1989, Brett, and a fellow University of Miami College Student, started his first company in Miami at just the age of 23. On $20,000 of cash and credit card financing, he bootstrapped and managed Let’s Talk Cellular and Wireless by selling cell phones from the back of his van. He banked cash from angel investors soon after, and his funds were increased by venture capital from H.I.G. Capital Management. After almost ten years of running what had become a nationwide 300 store, $250MM publicly traded bricks and mortar retailer, Brett took the time to pursue e-commerce through LetsTalk.com, and raised over $20 million in funding from Silicon Valley VC firms such as Goldman Sachs, Redpoint Ventures and Accel Partners.

“When I get into a business, I truly, truly, with every inch of my being, believe in what I’m doing,” remarked Brett. For the budding entrepreneur, brilliance was a byproduct of frustration. During his initial run with Let’s Talk Cellular and Wireless, Brett had too many stores across the country to keep up with visits from the district managers. He didn’t know what stores were visited, when they were visited, or even if they were visited. More importantly, without fresh visit data coming from the district manager’s, it was difficult to increase the productivity of his stores. So when Let’s Talk Cellular and Wireless was acquired in 2000 by Nextel Communications and Brett decided to leave in 2005, Mobile Insight was born.

Brett soon discovered that his frustration in the Retail Industry was a common pain point that spanned across different verticals such as health care, social work, construction, restaurants and anyone who used a field team to execute their products and services. As a result, Brett became a serial entrepreneur, opening up different companies that catered to those similar needs in each market. “When you look at The Retail Outsource Company itself, it provides everything from consulting to staffing, managing and operating retail stores on behalf of our customers which typically include manufacturers, service providers, and actual retail store owners themselves.”

Today, Brett is considered a leader in the wireless, electronics, software, and retail industries.He has established multiple companies to dominate his market from all angles. The Retail Outsource. (TRO), helps it client’s employees understand complicated products and services such as general electronics and wireless and digital offerings. In the event that their services are needed directly, TRO provides high performance sales teams that are deployed inside big box and specialty retailer locations to interact directly with customers. This venture of Brett’s is a premier sales agency, specializing in retail consultation and startup operations for client businesses and generating tens of millions of dollars in incremental sales for them. Mobile Insight is a patented filed force automation SAAS application utilized to maximize the productivity and efficiency its customers field organization, while The Consumer Insight offers strategic consulting, product testing, mystery shopping, category assessments, merchandising retrofits and a wide variety of other services. SYMBITS is an outsourced IT company that helps companies support and manage the technology in their stores, performing 24/7 monitoring and help desk support of their POS and PC systems.

Most of Brett’s companies dedicate themselves to boosting sales, increasing productivity, replacing or supplementing field teams, educating associates and even offering software for better communication in a wide variety of markets. Mobile Insight’s efficiency has persuaded some service providers to come back for more business.

A hole in many

Through providing great services and falling back on adaptability as a prime survival mechanism, Brett has effectively used serial entrepreneurship to create an empire. “When a company that we’re serving asks if we know anyone that does mystery shop services, customer auditing and customer research, we take that really seriously.” To this day, Brett has served as a senior executive, consultant and vendor to Wal-Mart, The Home Depot, Target, Best Buy, Meijer, CompUSA, Radio Shack, BJs Wholesale Clubs, Sprint, Nextel, Comcast, Dish Network and more.

Brett also credits most of his success to his employees. “I equally care about the people that work with me, and understand that without those people there is no company. So treating these people with great respect, passion and compassion, allowing them to do what they do best and building a team to divide and conquer has been something that has served me well,” he says. Brett believes that low hourly wages with no incentives is an obstacle that continues to hold retailers back from reaching their full productive potential. When asked what he’s learned from all of his time in business, Brett reminded us of the value of patience. “It’s a marathon, not a sprint. You have to face reality and make sure you have and you’re ready for a startup and all of the challenges that come with it.”

While pro golfers see angles and trajectories when they survey the far end of a golf course, successful men like Brett Beveridge see trends, appeal and practicality in cash flow. For their next big game, pro golfers like Rory Mcllroy study PGA tapes for help. With a string of high scores behind him and his next big swing carefully mapped out, Brett is proof that business and competitive golf are only a putt apart.