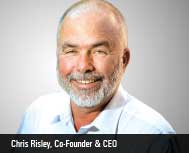 The media today is ripe with news about cyber attacks, especially Distributed Denial of Service (DDoS) attacks on critical organizations all across the world. Several big gaming websites recently fell prey to hackers who flooded the sites by sending 100 GB/s of traffic disabling every gamer's to access it. Similar situations were faced by Bank of America and Chase Bank in January, 2014 when attackers blocked customers from accessing their accounts for several hours. Such attacks not only lead to financial loss, customer attrition, and legal hassles but also cause irreparable damage to an organization's reputation. As these cyber attacks grow in complexity and scale, organizations are waking up to the need of security solutions that can safeguard them from such DDoS attacks.

The answer to this problem was identified by Barrett Lyon, a pioneer in the field of DDoS mitigation for enterprises who a decade ago founded Prolexic Technologies, the first service to defend enterprises from DDoS attacks. The successful company was recently acquired by Akamai Technologies. Lyon identified a sea-change in the scale, type and complexity of DDoS attacks that have continued to disable some of the largest banks and other enterprises and founded Defense.net to offer entirely new mitigation architecture to respond to the increasing threat. Based in Belmont, California, it is the only company to defend businesses and organizations against this new generation of sophisticated DDoS attacks while delivering the highest levels of Internet application performance.

The enterprise security solutions provider has a massive cloud based mitigation service to protect Internet-facing infrastructures against all forms of DDoS. Defense.net helps enterprises deal with DDoS attacks by stepping in front of the traffic and absorbing all the bad traffic when an attacker directs huge traffic to a targeted server. This way only the good ones can proceed forth. The company is able to achieve this because of its 480 gigabytes/sec of mitigation capacity and several terabytes/sec of blocking capacity through carrier partnerships. "With these massive mitigation capabilities we can absorb many times the biggest attack we had ever seen and find clean traffic buried in it," explains Chris Risley, Co-Founder & CEO.
The company has identified the high risk industries and is helping them deal with the DDoS attacks. "Attackers usually target companies that which directly or indirectly affect the websites of other dependant companies such as online video hosting, web hosting, financial services, infrastructure company and online gambling infrastructure," explains Risley. Defense.net has done such a terrific job of tackling stopping DDoS attacks that attackers usually give up and move to other targets that are not protected by the company.

The company currently has two datacenters in San Jose, CAand Ashburn, VA and has clients based in North America, Asia and Europe. However, in coming months, the company plans to build datacenters in Asia and Europe to serve their clients more efficiently as it will take less time for the traffic to reach their server allowing them to mitigate DDoS faster. Considering that, DDoS threats are fast growing and are getting bigger and broader covering different verticals; there is a lot of growth and challenges for Defense.Net waiting for them in the market.

Why Entrepreneurs Must Invest in Data Security...