Predixion Software: In It to Win It with Predictive Analytics-Friday, August 2, 2013

Predixion Software: In It to Win It with Predictive Analytics 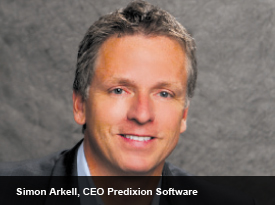 What was once an esoteric science is rapidly becoming a business imperative.

However, the story of how predictive analytics is transforming the world of business is still being written. And many believe the next chapter will require a fundamental shift in how people use this powerful technology.

Predictive analytics employs advanced analytical algorithms to process historical data and create models that can make judgments about future outcomes. More simply put, it helps businesses answer the question "In order to succeed, what should we do next?"

But getting to those answers has traditionally been the domain of statisticians, analysts and other data scientists. These highly trained professionals would work with expensive, complex predictive analytics software to gain granular insights they could eventually pass along to the non-technical, business side of the organization. It was often costly, slow and disconnected from the moment-to-moment realities of business.

Wouldn't it be more effective if you could put predictive analytics on the front lines of business? To empower the call center worker, supervising nurse, factory floor manager, bank branch manager or marketing executive to use predictive analytics software to make their own data-driven decisions?

That was the thinking of Predixion Software CEO Simon Arkell, a longtime technology entrepreneur and two-time Olympic pole vaulter.

From Athletics to Acquisitions

Simon Arkell is very familiar with the rigors of taking big ideas to new heights. In 1996, he became the first Australian pole vaulter to break the 19 foot barrier. In a stellar athletic career that spanned two continents, Arkell would shatter a number of other pole vault records as well, including nine Australian and four Commonwealth records. He represented Australia in two Olympic Games and won a gold medal at the 1990 Commonwealth Games. While pole-vaulting at the University of New Mexico, he claimed the Western Athletic Conference championship seven times and was named a NCAA All-American three times.

Arkell's amazing ability to launch himself into the sky can still be viewed on his YouTube highlight reel, which captures some of the most thrilling moments of his pole vaulting career. However, his full time job and primary passion is now building breakthrough technology companies.

In 1998, Arkell co-founded Versifi Technologies, which developed the first 100 percent java-based web content management platform, where he developed a deep interest in the capabilities and possibilities of predictive analytics. He ended up spearheading Versifi's acquisition of an early predictive analytics company, AdaptiveInfo. Versifi was later acquired by Reef Technologies, SA of Belgium.

Excited by the idea of launching new companies that could disrupt the marketplace with innovative technologies, Arkell then entered the world of venture capital. He was a principal partner at Gramercy Venture Advisors and later became an operating partner with Triton Pacific Capital Partners.

In 2009, Arkell was ready for a new challenge. And he had the expertise and inspiration from some distinguished industry colleagues to make it happen.

The Makings of Predixion Software

Arkell's journey to building Predixion began when his friend Stuart Frost, the current co-founder and chairman, sold his pioneering big data company DATAllegro to Microsoft for $275 million in 2008.

"Stuart identified predictive analytics as a hot space. The more research I did, the more I realized that we were in a position to not only create a game-changing technology, but also to leverage the success that Stuart had at DATAllegro with the investor base," says Arkell.
The duo was then introduced to Jamie MacLennan, the current CTO, who was the head of data mining and predictive analytics over at Microsoft and recruited Steve DeSantis, DATAllegro's former finance chief. MacLennan always had a vision to bring predictive analytics to the masses and to make it more available. He soon came aboard. Within a short span of time the team set up the company, raised seed funding and assembled a team that began building revolutionary software.
Predixion ultimately built a solution which is much easier to use and could provide access to people who have never heard of predictive analytics. The company's focus is on eliminating the complexity of predictive analytics by arming business analysts and information workers with the capabilities to drive informed decision making with big data.