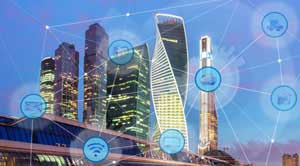 FREMONT, CA: As increasing population dwells to cities, there will be a significant rise in demand for resources including energy, power, and good quality of air and smooth traffic flow that in turn will impact the quality of living. In the US, to address these escalating demands for resources, the government is looking at strategies to become more “smarter,” because these smart ways allow the cities to use the resources more efficiently. The Internet of Things (IoT) proves to be a suitable technology that enables cutting-edge intelligence and flexibility to utilize the resources effectively and reduce wastage and overall costs. City governments will invest approximately $41 trillion on IoT to upgrade their infrastructure over the next 20 years. It is believed that the 21st-century infrastructure will become intelligent via the connected technologies where the citizens will achieve improved resource management.

Here are some trends that the US government adopt to attain the smart city mission.

Smart technologies are not only confined to cities but also include small towns and communities of all sizes. IoT and Wi-Fi have reached every nook and corner of the world. The two technologies will attribute to its widespread adoption. Also, smart city methodologies like big data are increasingly empowering even the rural areas.

Improve the Quality of Life

Being a smart city is not about the technology but the benefits it delivers to the citizens. Technologists focus on silicon rather than soul. And in the future, as the cities become smarter, it should value the life of humans and ought to be human-centric. The ultimate goal is to support life to be healthy, secure, and meaningful. Apart from enabling cities to grow smarter, these technologies empower citizens to grow economically, physically, and spiritually.

In this century, by relying on smart transformation, more communities work on smart city projects that come under their regular operating budgets in spite of showcasing them as stand-alone investments. In response, subscription-based services will become preferred since they let communities move from CapEx to OpEx, while reducing staffing needs, and mitigate associated costs.

Interoperability on the fly

As IoT is scaling up, there will be a growing need for instant interoperability among devices and platforms. In this IoT age, launching any smart solution to manage security applications, street lighting, etc., requires the implementation of a network infrastructure connecting the associated field objects, allowing remote monitoring and enabling data-driven decisions. IoT connects diverse technologies to ever-growing network fabrics and creates benefits of higher value. It leverages big data analytics to build smart cities worldwide.

With its increased bandwidth and ultra-low latency applications, 5G technology will be the driving force of new innovations that enable smart city development. 5G will foster new smart city applications like smart meters, traffic management, waste management, safety in terms of surveillance, and coordination of departments for emergency services. The advent of 5G networks will rely on new infrastructure like fibers for transport to and from the rest of the city’s network.

Mobile apps, in the long run, enable transparency in smart communities as these apps evolve to improve real-time collaboration on an individual level. At the same time, these apps will merge a myriad of processes, thereby making citizen inquiries much simpler. The core idea is to strengthen the trust between the government and the citizens they serve through these advanced technologies. The real-time video and data sharing tools increase transparency through the interactive live sessions of the government with its citizens and allow government staff in the field to interact with its colleagues anywhere, anytime for the sake of citizens.

Being a smart city will create more revenue opportunities. It could pave the way for local businesses, retailers, mobile businesses, and entertainment/tourism to partner with the government to spur economic growth and revenue. This will include collaborating public spaces and private spaces along with the technology platforms they employ to create activity zones, both physical and virtual.

As community-wide Wi-Fi and IoT technologies become common and affordable, the widespread deployment of inexpensive fabrics is evident as in community-wide networks of sensors and cameras to improve safety and response times. New Orleans has already utilized these technologies to become a smart city.

The US government has already started implementing smart city applications to improve efficiency, generate new sources of revenue, reduce costs, and most importantly, improve the lives of their citizens. By planning ahead, using creative technologies, and converging networks, cities will move forward on the path to becoming smarter.