A Detailed Overview of Scale-out Storage for Today's CIOs 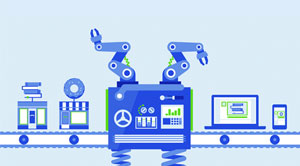 The swift turn in technologies, such as in-memory databases and flash storage has changed IT distribution, as many IT administrators are rethinking on their storage options, precisely for mission-critical applications.

The popularity of scale-out storage is rising every moment in today’s IT industry. The early adopters of this technology were a group of big organizations, but now even small and medium enterprises have also started implementing it within their data storage environment. The scale-our version of the storage technology enables SMBs to start out with a small amount of data storage and expand it to fit their business requirements without facing out with a lot of upfront costs. In addition, a specific type of Scale-out storage, such as Network-Attached Storage (NAS) helps companies boost their productivity and sustainability. With the growing demand of storage requirement, the resilience of Scale-out Network-Attached Storage (NAS) architecture is something that is captivating IT managers today.

Before the rise of scale-out storage, organizations often procured a storage array much larger than the company’s requirement in order to be prepared to meet the needs of further expansion. It was an extra investment for any small or medium scale company. The emergence of scale-out architecture gave IT administrators a master key for their long term storage problems and allowed them to add new arrays only when it was required.

In a scale-out system, new hardware could be added and configured as per the requirement, in case the system has reached its storage limit. Further, this form of storage allows IT managers to control the extra storage capability added across the system and use the additional arrays to increase overall system capacity while adding performance and addressing the extra storage requirements.

Scale-out architecture can vary from one vendor to another in key ways. Many storage systems allow IT administrators to connect another node for the data to be redistributed into the balanced operations without any hassle. It can be used in case of node failure, node replacement and upgradation. Some advanced systems use back channel interconnects as a separate link between the nodes for data transfer.

In addition, some scale-out systems differ in terms of data availability. A number of scale-out systems make the replica copy of data on the other nodes to manage the replication of information for coherency. The other scale-out architecture offers shared access to storage devices and allows IT administrators to access the data through a surviving node in case of node failure.

Scale-out NAS works by adding new clustered nodes in the network. These x86 servers are connected through an external network and function on special operating system. The nodes work for the intercommunication through a high speed backplane and enable users to administrate it as a single system and manage the data through Distributed File System (DFS) or any other global namespace to avoid the hassle of actual physical location of the data.

The limitations of Scale-up Storage:

In the traditional NAS architecture the storage capacity can only be increased by adding additional array into the existing infrastructure. An NAS scale-up system uses one or two controllers to keep an access on CPU, memory and driver slots. The capacity and performance of an NAS system can only be increased through the induction of new and separately managed system. The NAS system shares resources and controls function with every device in the network that sometimes caused degradation in performance when adding a new array in the network.

The legacy storage systems never have the ability to scale and it was like permanently clamming together a set of hard drives. The emergence of scale-out architecture gives the flexibility IT managers were looking for. Companies can go through the guidelines about performance on per-node basis to know the potential of scaling with multiple nodes. It can be helpful for the IT managers when procuring a new Scale-out system and can help them to decide the number of nodes they need for their network.

How IT Infrastructure Structures a Company's Technology 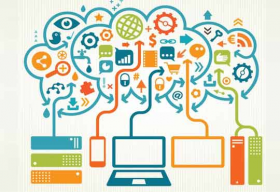 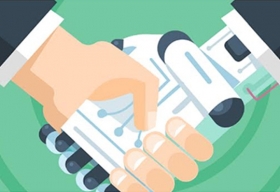 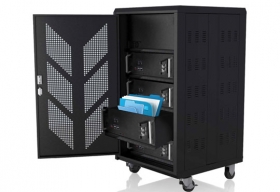