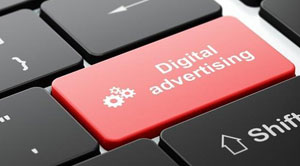 With the advancement in technologies like artificial intelligence (AI), which is increasingly being used to solve complex business problems, it is imperative for advertising to leverage from the capabilities of AI.

FREMONT, CA: Traditionally advertising used to leverage the conventional venues of media placements such as newspaper, radio, television, and typical collateral materials required for business such as stationery, brochures, or business cards. Though these methods are still in use, the majority of the action has moved to the digital platforms. Moreover, with the advancement in technologies like artificial intelligence (AI), which is increasingly being used to solve complex business problems, it is imperative for advertising to leverage from the capabilities of AI. So the next question is how AI will impact the advertising industry? To understand the role of AI in advertising, it’s essential to consider what has influenced the advertisement industry the most.

The internet has largely transformed our lives since it set its foot among the general masses. Currently, more than 55 percent of the world population can access the internet, and a significant share of them spend 3-4 hours on their devices such as a smartphone or a laptop. Another significant advantage of digital advertising is that even smaller players can promote their products and reach their target audience with some precision. However, there are some challenges too that come along with digital advertising such as diminishing return on investment (ROI), need for personalized advertisements, and competing against fraudulent campaigners for authenticity.

AI against the Challenges

• Since AI algorithms are capable of experience-based self-learning, they can highlight the consumer behavior pattern with higher accuracy. Further, it can add value to the advertising campaigns by reaching the more focused target consumer.

• As AI can study and map consumer behavior with greater precision, personalized campaigns are easier, which will not require the businesses to prepare elaborate campaigns. Instead, they will gain more value from smaller but effective ones.

• AI will help not only the businesses but also the consumers. For the consumers, AI will ensure a lesser number of ads popping up on the browser. The consumers will be targeted only by those ads that the AI algorithm finds relevant for them, thus resulting in a significantly less and consumer-focused ads.