An Innovative Approach toward Carbon-Free Energy 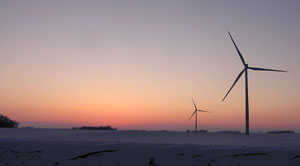 Many electric utilities have been involved in producing current using materials like coal. The carbon-free output is cheaper to the electric power obtained from the coal plants. According to the Paris Agreement, by 2030, the world would attain 80 percent reduction in carbon emissions. Accomplishing this will support enterprises as well.

Recently, two utilities in the American West have decided to produce current using renewable sources. Xcel Energy has announced to have an 80 percent reduction in carbon emissions by 2030. Within a few days of the Xcel Energy's announcement, its competitor Colorado's Platte River Power Authority has announced that it will reduce carbon emissions completely, that is, 100 percent by 2050.

According to the non-profit Carbon Tracker, around 42 percent of the world’s coal power stations are at a loss. As a result, many U.S. utilities have decided to switch to the cheap renewables to produce electricity. There is a rise in the utilities supporting carbon free plants.

On the other end, few companies have been trying to make coal the dominant power electric utilities. Even Trump’s government has insisted firms to use coal by promoting “Coal FIRST" initiatives. The government aims to keep the coal plants open. Though these actions were against decarbonization, Moody, a financial analysis firm, declared that these actions would not derail the concepts of carbon-free electric utilities.

Greenhouse gases have already baked the global climate thereby having an increase of 2° F. Due to over emission of greenhouse gases, the world will encounter the next climatic change within 15 years. In order to avert the catastrophic climatic change, the emission of carbon from the coal power plants has to be stopped. As of now, there is not enough renewable energy to provide electricity to rural and urban areas. Cost-Effective commercial options include revolutionary batteries, nuclear reactors, geothermal, and carbon sequestration.