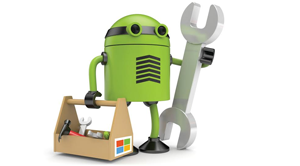 The saying, “The present was a past and the past, a future”, is applicable to today’s technology world with the users evolving from using PCs, towards phones and then Smartphones. The first “computer” for current generation users is none other than an “Android Smartphone”. Android Smartphone has become a surrogate for mainstream workloads by using Android apps to leverage billing, inventory, payroll, marketing and all business communications.

The Changing Face of Computing

The technological world has shifted from hardware-centric computing to data-centric administration further changing the way of conducting business. The computing choices of the users have surged to alternative operating systems through using ipads, other tablets and even Smartphones.

Companies such as Acer, Lenovo, HP, Samsung and Asus have released or are developing their own versions of the Android desktop. With Android Smartphones offering immense features with minimal costs, users are expecting desktop version of Android to provide alternative OS experience, especially in enterprises. For example, Hewlett Packard has released a 21.5-inch LED running Android to target the enterprise frontier. The Slate 21 Pro is the HP’s first desktop to run Android 4.3 (Jelly Bean), offering a 720p webcam, three USB ports, one HDMI port, Wi-Fi and Ethernet support. There is no doubt that Android PC enables greater advantage in terms of affordability and a mobility-centric platform; the question lies on its impact on rendering robust enterprise functions.

The Advantage of Using Android

Android is becoming cutting-edge in mobile computing through its compatibility on more mobile devices comparing to other operating systems. It also integrates with cloud-based services such as Box, Office 365, Salesforce.com and SAP enterprise resource planning (ERP) products.

The major advantage of using Android lies in the number and variety of apps already supported. The apps range from entertainment, comprising gaming and social networking to business and productivity including Evernote or Cloud Print or the Kingsoft office suite. Android desktops are also cost effective, compared to Windows desktops as it eliminates the need of paying the license fees.  The desktops mainly target users in the enterprise looking for minimal basic work requirements and budget. Additionally, it can even support multiple users and also dedicated terminals running specific apps including ERP interface.

The Drawbacks of Android for PC

Before purchasing an Android desktop, there are certain considerations that have to be looked upon. Questions should be raised on whether the alternative OS experience benefits the enterprise businesses and in what way.

The initial problem that may arise after buying Android desktop is that, the apps in Android are not made for use in a laptop or desktop setting; it is rather made with the intent of being touched. There are very limited apps that may translate into a keyboard and mouse interface especially in using programs.

Android may not support the proprietary desktop features that Windows delivers. The mobile version of Android is not as robust as desktop alternatives and does not feature multi-tasking facilities that Windows desktop offers. Another challenge for IT shops considering Android desktops is the business community's continued reliance on complex Windows-based programs. The complete lack of support for professional applications such as Adobe Photoshop or other image-editing app on Android also contributes to the challenge in desktops. The major concern for organization is the security where the Android desktop model relies heavily on the internet and cloud-based services making organizations to raise a question on their safety.

The growth of Android operating systems depends on major considerations including; option of installing desktop apps such as Chrome using play store for touch screen devices can leverage the use of keyboard usage. Apart from the apps front, hardware manufacturers should enable more RAM features in Android laptops for a better multi-tasking facility.

Finally, using third party apps to customize Android to be user friendly for laptops rather than tablets and further focusing more on keyboard+ mouse input rather than touch-based input can help in easy and seamless portability from other processors.

Android is still an emerging technology with much melioration to the operating system and its application. The technology can be further suited to the enterprise through the process of virtualization. The Windows applications can be Virtualized and delivered to the Android via a thin client using reliable networks and servers, making Android a more viable alternative.

For instance, Intel PC Plus uses virtualization technologies to run Android inside a Windows setup by applying products such as VirtualBox. The Android desktop in the future can also pave the way for other solutions such as Linux desktops and iOS desktops into the enterprise. 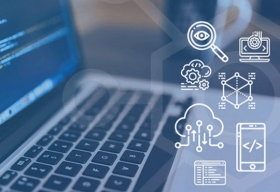 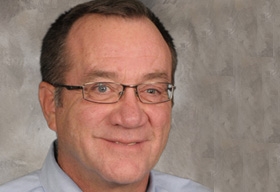 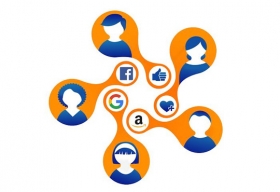 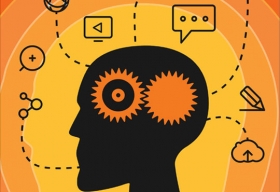