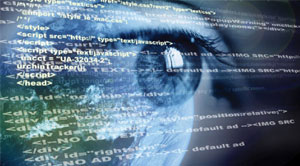 SANTA MONICA, CA: Apica Systems, a provider of Web Performance Monitoring and Load Testing tools releases an automated load test plugin for Jenkins users to review performance and load testing during the development and deployment of an application.

Jenkins is an open source tool to perform continuous integration and the basic functionality involves executing a pre-defined list of steps based on a trigger. The list of steps could include performing a software build, running a shell script, archiving the build result and starting integration tests at a later stage. The trigger might be a change in a version control system or a time based trigger for example a build every 20 minutes.

Jenkins also monitors the execution of the steps and stops the process if one of the steps fail. It notifies users about the build success or failure. Jenkins can be started through the command line or can be run in a web application server. It can also be installed as a system service under Linux.

The new release initiates and monitors a load test from start to finish, presenting actionable results and statistics at the end of the process. A user can start the build runner in Jenkins, after a test is completed, the metrics are displayed in a summary format as well as a trends chart for better review of a series of tests.

This plugin improves efficiency when developing, testing and deploying applications and helps a development team to point potential performance concerns early in the development lifecycle, claims the company.