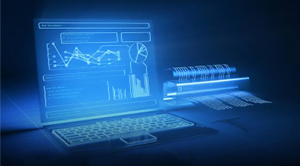 Storage systems in the past have typically been a combination of hardware and software components along with disk drivers, and have provided rapid and reliable storage capacity for computing and data processing. Today storage virtualization offers a more flexible and scalable option as it separates the storage-management software from the foundational hardware infrastructure. Storage virtualization is employed as a technique to abstract information about all of the storage hardware resources on storage area networks (SANs). For IT-intensive firms looking to cut back on the time and resources spent on managing multiple storage devices, the answer lies in the storage virtualization technology for data storage management. In addition to providing increased storage utilization and the ability to add or delete storage without having an impact on the application’s availability, storage virtualization technologies also support non-disruptive data migration.

Implemented through a logical volume management (LVM) application that is installed on each server, host-based virtualization conceals the complexity of physical storage, while offering a logical view of storage resources to the operating system. As the abstraction of physical storage takes place within the server itself, there is no splitting of control and data paths. Although the host can be multi-pathed to shared storage with a varied mix of storage target devices, the virtualization on each host has to be manually configured and managed separately.

A key advantage of implementing a block-level storage virtualization solution is that it provides a flexible and logical arrangement of storage capacity to applications and users while efficiently concealing its physical location. The block-level storage virtualization functions as a software layer that intercepts I/O requests to logical capacities and then maps them to the appropriate physical locations.

The complexity of storage virtualization projects make it imperative for businesses to consult professionals or specialist technology vendors before implementing one. For instance, IBM's SVC, a popular storage virtualization product is usually installed in pairs in an active-active configuration, in accordance with the general best practices to ensure there is no single point of failure. But for enterprises keen on using IBM SVC with their existing storage, they end up investing significantly on configuring their back-end storage devices.