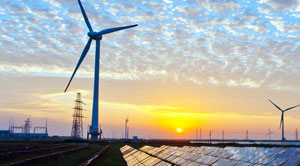 Today, there is a global demand for clean, cheap, reliable energy and artificial intelligence (AI)'s use in the energy industry helps to meet this need. Promoting the growth of low-carbon, green electricity is an AI application with a potentially huge long-term impact.

Though renewable forms of electricity are emerging as the successors to traditional coal and gas-fired power plants the key problem is its inconsistency. A cloudy day or windless afternoons will create power shortfalls.

That means there is a need for costly backup forms of power, which can be switched on quickly which is often dirty diesel generators or coal plants and manages peaks of excess generation.

AI can forecasts electricity demand, generation and whether to lessen the need for these backup mechanisms by predicting and managing fluctuations in production.

Electricity shortfalls can be managed using AI, by briefly switching off power demand across entire communities. This might be switching off thousands of refrigerators in people’s homes or large sites of demand, such as industrial plants. The speed and complication of this task require advanced AI. The use of AI also enables the consumer to have foresight over their energy profile for the first time.

Predictive maintenance can be done with drones for replacing time intensive and risky manual inspections. The drones are trained with deep learning algorithms to automatically identify the defects and predict failures without interrupting operations.

As the power industry becomes more automated, it becomes more vulnerable to cyber attacks. AI is used to defend the grid and minimize damage from targeted attacks. There is the potential for cybercriminals to steal all sorts of information from energy data, from occupation patterns to even religion.