From Reel to Real; how is AI impacting Filmmaking? 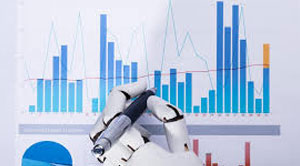 The application of AI technology in filmmaking has the potential to reshape the entire Hollywood industry.

FREMONT, CA: We have all visualized various depictions of artificial intelligence (AI) technology on the silver screen, yet we barely consider understanding the applications it may have behind the cinematic lenses. From streaming service to motion capture, every platform is being rendered and manipulated by sophisticated AI technology. Furthermore, the ability of an AI-powered system to achieve unknown technological horizons is nothing short of a science-fictional fantasy.

Presently, the film industry has successfully fabricated the role of an AI and has utilized it efficiently to improve the functionality of the studios. Additionally, as the increasing potential of AI technology is coming in the limelight, the leading producers and studio heads have already begun investing in this system.

How is the AI tech being utilized?

The integration of AI in the film sector has unfolded unique applications that have the potential to reshape the entire industry. The assistance of AI is presently performing the time-consuming task. Previously, smudging backgrounds, creating texture, aligning outlines, and detecting faulty shots takes hours to perfect; however, with the integration of AI, such time-consuming tasks can be eliminated. Moreover, the artistic supervision achieved through AI is unparallel to any traditional innovations.

One of the excellent examples is Marvel Studios, which has recently demonstrated the powers possessed by artificial intelligence. AI was used to accurately map the facial topologies of actors into the synthetically generated characters, which not only increased the accuracy but also made the characters authentic. On the other hand, motion capture technology powered by AI enabled the developers to render shots in almost real-time.

Since the inception of the VFX industry, the divergence of aesthetical values has been the primary concern for visual effect artists. Failing to merge organic actors with synthetically produced characters makes scenes inefficient and also decreases consumer’s satisfaction. Traditionally to perfect a single scene, it took a team of experts, which caused the post-production budget to increase rapidly. However, with AI, the gap between real and virtual is decreasing.