Fuze Adds 'YOU' to Unified Communications 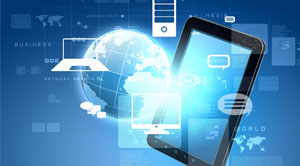 CAMBRIDGE, MA: In this era of constantly growing Unified Communications, Fuze, a cloud-based UC platform recently disclosed ‘YOUnified’ marketing campaign. YOUnified, the new platform of Fuze is featured with simplicity, increased productivity and security; and it deals between CIOs and end users directly. Fuze also ensures a unified single platform that connects all devices such as mobile phone, desk phone, tablet, or laptop. In addition to these features of YOUnified it also provides modern, mobile workforce to seamlessly communicate anytime, across the enterprise. YOUnified is a platform where technology works for ‘You’ that creates tons of opportunities for ‘You’. It is made to turn ideas into reality.

Now-a-days, CIOs and end users both demand same simplification; they are presuming their personal technological decisions. “With YOUnified, we’re truly redefining the UCaaS category by introducing the spirit of consumer apps to a business application,” said Derek Yoo, CTO and Co-founder, Fuze. “Consistent, consumer-like experiences are what matter most, backed by the promise of an easy-to-use, global platform that can increase performance, add intelligent insights, reduce operational risk, and create greater flexibility to work whenever, wherever, and however,” he added.

The origin of this marketing campaign is a previous proclaim to study changing user preferences and increased integration between Fuze’s voice, conferencing, and collaboration solutions. This new marketing campaign by Fuze benefits the capital infusion’s focus on development and variation. A large-scale market survey is conducted by the company in order to develop the campaign; this survey includes competitive audit and interviews of customers and executives. To test it with a wide range of customers and prospects, a creative team was formed by Fuze to work with a San Francisco-based marketing agency - Big Minnow. This teaming gestates and gives a lead spanning social, digital, outdoor, direct mail, and print.

“Over the past decade, our focus has increasingly shifted to you,” said Steve Kokinos, CEO and cofounder, Fuze. “The power of you is behind the way we act, think, and feel. We are creating an environment where seamless communication, collaboration, and creativity are no longer the province of a chosen few, but of everyone. When voice, text, data, and video are fuzed on a single platform, great things can happen.”