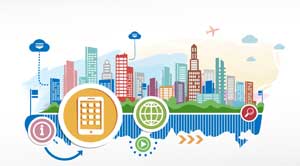 Cities are getting more and more intelligent with technology.

FREMONT, CA: From your house getting smarter to now- the cities, the world is making the best out of leveraging technology. With every passing day, the technology is casting its spell on the way the world is doing in modern times. The devices that are deployed and used in our homes are all becoming smart with every version of it taking its form with time. Well, that is not all because technology has been directly entering the cities straight. A smart city is the one that is being driven by technology. A smart city stands as a representation of optimization, intelligence, and progress. Technology has been attempting to create a tremendous impact on managing the traffic flowing in the city. Traffic has become the most significant cause of a headache to modern cities today. But a high tech city can have the traffic flowing with complete ease and smoothness all day long. How is this ever made possible? With the integration of artificial intelligence, the public transportation system can make flexible schedules that can be changes and set according to the real-time demand. In this way, only those vehicles that are really going to be waited for and used by the passengers will take the roads. In addition, smart cities are given the facility of intelligent traffic light systems. These high tech traffic light algorithms help in improving congestion to a vast extent.

The emergence of various technologies in the new age is proving their worth in making the cities not only smarter but safer as well. With the Wi-Fi and other wireless networks, which also includes the internet of things and other technologies in it, gaining the highest level of speed in the communications part of it, applications such as CCTV and others are able to convey the captured security data to their monitors or expert recipients in a fraction of a second or even faster. This allows the security teams to take action in real-time. Smart cities are only becoming smarter with novel technologies entering the world.