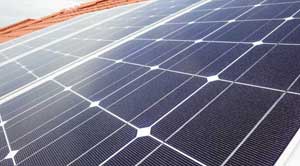 Insolight- a spin-off from Swiss Federal Institute of Technology Lausanne has been working to bring this approach, and now it has set to reside on the solar roof.  Here, the small and hyper-efficient cells will be on the grid, and the honeycomb-like lens array would be rested over it. The array of the lens will absorb light, and subsequently the light will bend into a narrow beam, means light will be concentrated only on tiny cells.

Insolight has achieved more than 37 percent energy efficiency in tests. Means, it aids to gain twice the power from the same surface area compared to conventional solar panels. The discussion with solar panel manufacturers is going on to integrate this technology with the existing products to achieve high energy efficiency.

Solar power is already accounted for increasing energy production worldwide, and now it has become even cheaper. Hence, this was time to move on to hyper-efficient solar panels, because these can bring an end to reliance on fossil-fuel.