Microsoft Advances its Zeal for Artificial Intelligence with Project Adam

Microsoft Advances its Zeal for Artificial Intelligence with Project Adam 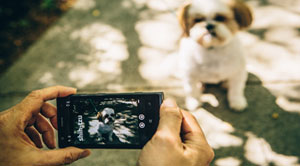 FREMONT, CA:  As technology companies look for new dimensions to foray, Microsoft is looking forward to bring ‘the user’ at the center of the computing paradigm replacing the ‘personal computing’. In its latest progress in artificial intelligence, the company demonstrated ‘deep learning’ enabled in the machine through which the smartphone could recognize the breed of the dog. Just point the phone at a dog and ask what breed it is and pat comes the reply that could leave a human brain sulk.

The superior intelligence developed by the company was on display at the 15th annual Microsoft Research Faculty Summit where a demonstration showed a smartphone which could differentiate varieties from a particular breed called Cobberdog. Audience said it was Labradoodle but the phone said its ‘terrier’ and both were right as these two varieties are found in Cobberdog. Google had also demonstrated similar sort of artificial intelligence but it was the cat breed which it dealt with.

Project Adam is touted to be 50 times faster than Google’s artificial intelligence, and more than twice as accurate as mentioned in a paper currently under review. The project is also considered to be using fewer resources and offers greater scalability, as reported by Athima Chansanchaic for Microsoft blog.

Wondering why a phone telling a dog’s breed holds significance? Imagine if you could take the picture of a meal and get its nutritional information. Or, click a photo of an unusual skin condition and get an accurate diagnosis. Or, if you’re caught up in the forest and don’t know if a plant out there is poisonous or not. Just click the picture of it and the artificial intelligence will guide you to the right answer.

Project Adam uses an array of servers under the company’s Azure cloud computing service to do the large scale computation in order to achieve ‘deep learning’ which is akin to neural network found in humans. The technique implemented by Microsoft to achieve this is called asynchrony. It involves making a single system work as a combination of many independent systems in a synergy. A system is split and made to run independently before sharing their calculations and merging them into a whole. This technique yields faster learning and enhances robustness.

Innovation is the oxygen on which the companies thrive. Pushing artificial intelligence into the common lives through smartphones and other digital gadgets is definitely the way to go for the tech bigwigs and companies such as Microsoft and Google.

“The reason it’s interesting is that each layer of this neural network learns automatically a higher-level feature based on the layer below it. The top-level layer learns high-level concepts like plants, written text, or shiny objects. It seems that you come to a point where there’s diminishing return to going another level deep. Biologically, it seems the right thing, as well,” says Trishul Chilimbi, Microsoft researcher working on Project Adam.

Belatrix Software: Finding Answers to the Most Difficult Puzzles in Software Development