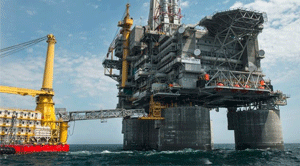 It is known to everybody that the oil and gas industry is one of the major contributors to pollution. The industry has increased its production since the past few years and has also managed to gradually reduce the pollution levels resulting from it, courtesy digitalization.

FREMONT, CA: Digitalization has been a forerunner in the transformation of the oil and gas industry, changing its course towards industry 4.0 by shifting geographic and technical sources. The demand for this equation has also increased with the majority originating from emerging countries. The companies have been transforming themselves from traditional oil companies into more dynamic, innovative international energy organizations. They are now capable of creating new revenue streams and maximizing profits in the modern era of oil and gas 4.0.

The industry now has equated a number as the goal point, which is 5 million barrels per day by 2030, probably more than this number as well.

The rise of digitalization in the field of oil and gas was assisted by the drastic fall in oil prices since 2014.  Although it has been stabilized at a “lower-for-longer” price, it forced the operators to look closely at the performance, efficiency, and costs of the processes involved. The finely attuned nature led to the phenomenon of reducing operating costs and increasing production and efficiency.

The industry has now identified digitalization as a fundamental pathway to achieve sustainability in the future. With technologies such as cloud-based IoT, Digital twin, IoT platforms, and big data analytics being made into powerful software, the oil and gas industry has begun its incremental journey.

The digital twin, when applied anywhere from the concept to FEED stage, will represent the product virtually so that the operator can manage costs and operations. The incorporation of the digital twin in oil and gas is most efficient in the design phase. The virtual twin can conduct testing, training, and commissioning during the build stage, which enables revenue generation.

While functioning, the digital twin allows remote performance monitoring and predictive diagnosis. It not only conducts the real-time adjustments but also proactively suggests maintenance requirements, increasing the uptime.

Another tool that is popularly used by the oil and gas industry is the open IoT operating platforms. These platforms allow for wide-ranging connectivity across device and enterprise systems and equipment, industrial applications, and advanced data analytics.