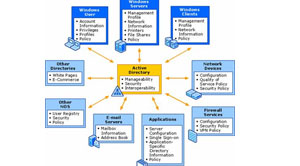 "The OCP SAI is critical for meeting the industry’s demand for agile and efficient solutions. Demonstrating interoperability with Mellanox clearly establishes Metaswitch as being at the forefront of this shift to open networking.” said Jon Berger, Vice President of Software Engineering, Metaswitch Networks.

OCN provides liberation to build an infrastructure that fulfills application requirements with the help of abstraction interfaces. OCN platform delivers industry-standard APIs that are basis of resource abstraction and orchestration, allowing resource restructuring for business agility. Moreover, Mellanox has been a key contributor to the development of open networking initiatives including OCP ONIE and SAI, and Linux Switchdev. The patent NEO management package from Mellanox enhances the network operational efficiency, and makes network infrastructure easy to deploy, manage, and scale which further enables network automation and software defined intelligence.