Pagers in Hospital is here to Stay 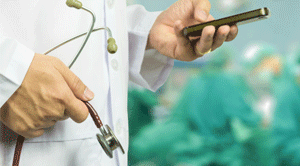 Pagers were introduced in the hospitals to increase the reach to the doctors. Despite the gradual shift to two-way texting device, then to cellphones, and then to smartphones, pagers have continued to have a demand in hospitals.

FREMONT, CA: Pager has become a thing of the past in a world of smart devices. People don’t need a device that offers limited communication functionality. However, healthcare seems to be against the trend as almost 80 percent of hospitals are still using pagers, based on a recent report published in the Journal of Hospital Medicine.

Pagers were introduced in the hospitals to increase the reach to the doctors. It used to notify a physician over any vital message that awaited him. It weighed around six ounces and had a range of 25 miles. Thus the doctors could be alerted for emergency irrespective of his location within the city. A pager resembled a remote control that had an antenna. Motorola introduced the first tone-only pager in 1964 and named it Pageboy. In the 1970s tone and voice pagers emerged that could not only alert a doctor but also explain the situation. Despite the gradual shift to two-way texting device, then to cellphones, and then to smartphones, pagers have continued to have a demand in hospitals.

Demand for Pagers in Hospital

According to a study by the Journal of Hospital Medicine, 49 percent of respondents receive patient services-related messages mostly by pager. Pagers are still a part of hospitals because they can even function where cellular and Wi-Fi dead zones are not allowed or have been blocked. Moreover, pagers receive a similar range as an FM radio station, and the signals are transmitted to various satellites instead of just one, which is the case with cellphones.

The redundancy enhances the probability of the message to get through as even if one tower doesn’t work, others might be working. Moreover, pagers have better battery life, and they need to be charged once in a week or two against the smartphones that must be charged almost every day. Pagers are also useful in an emergency as they work even when cellular networks are turned off as in case of the 2013 Boston Marathon bombing.

Another advantage of pagers is that they are cheap and can transmit group messages almost instantaneously. Pagers may be replaced in the future, but currently, pagers are here to stay.