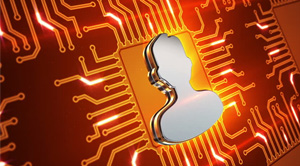 In order to cope up with recently discovered Android Stagefright, Samsung has recently accelerated security updates to its Galaxy devices with the help of carriers and partners. Stagefright is a bug that allows hackers to initiate arbitrary operations on the victim device through code execution. Now Samsung is planning to extend this process by regulating security patches once in a month, thus improving user’s experience.

Similarly Google is expanding its security patches program for Nexus electronic devices which runs Android OS. Google Play supports numerous antivirus-like security scans of devices per day seamlessly in the background. Android is an open source platform that enables anyone to scan through the code to identify and resolve potential security risks.  To elevate security of Android devices, Google has been notifying Android manufacturers every month through bulletins of security issues. In addition Google will send over-the-air security updates to Nexus devices every month, which will contain fixes for recent bug ‘libStageFright’ issues and solutions for issues in bulletins that will be released via Android Open Source Project. Google is also planning to offer major updates to its Nexus devices including the Nexus 4, Nexus 5, Nexus 6, Nexus 7, Nexus 9, Nexus 10 and Nexus Player for two years and security patches will be available for three years from initial availability.