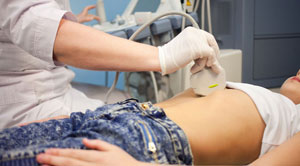 The development of focused ultrasound (FUS) method equips healthcare providers with a new tool to treat a range of brain conditions.

FREMONT, CA: The blood-brain barrier, a sophisticated array of blood vessels that carry blood to the brain and the nervous system, has hindered the treatment of conditions such as Alzheimer’s and Parkinson’s for many years. The traditional method of drug administration requires the location of the precise region of the brain affected by the condition. To establish a non-invasive approach of treatment, a team of scientists at Columbia University developed a new ultrasound technique to curb the progression of Parkinson’s.

The latest non-invasive approach of treatment, also known as FUS method leverages ultrasound beams and microbubbles for precise drug delivery to the affected regions of the brain. The technique will potentially enable the development of effective drugs that could treat a range of brain conditions.

Check This Out: Top Ultrasound Companies

The team of scientist tested the FUS technique on a brain affected by Parkinson’s, using it to administer genes and proteins across the barrier. The altering proteins and genes partially restored the dopamine-releasing pathways, successfully restricting a primary manifestation of Parkinson’s. The scientists also witnessed a decrease in multiple behavioral symptoms of the disease. The researchers were also granted the investigational device exemption by the Food and Drug Administration (FDA) to test it as an approach to treat Alzheimer’s.

The FUS device developed by the researchers is compact, fast, and cost-effective when compared to a traditional nanoparticle device currently used for opening the blood-brain barrier. Also, the procedure takes less than an hour. The team looks forward to introducing a portable FUS system to assist the doctors in curbing neural degeneration and enhancing the neural functions. The discovery is set to pave new ways for the treatment of conditions related to the central nervous system.