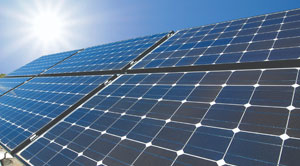 A Polish physicist has developed a unique inkjet processing method for perovskites, a new line of cost-effective solar cells made under low temperatures. Perovskites technology will revolutionize the accessibility of solar power for everyone. Mohammad KhajaNazeeruddin, a faculty member at Switzerland’s Federal Institute of Technology, stated that perovskite solar cells potential could be used to address world energy poverty. Solar panels that are coated with mineral are flexible, light, inexpensive, efficient, and come in wide array of hues and degrees of transparency. The panels can be fixed to almost every surface like laptop, drone, car, building or to produce electricity even indoors.

Perovskite has existed for a long time; it was first identified by Gustav Rose, a German mineralogist while surveying the Ural Mountains and named the substance after Russian mineralogist Lev Perovski. After a few decades, integrating the atomic structure of perovskite was made more accessible, but only in 2009, it was realized that perovskite could be used to make photovoltaic solar cells by Japanese researcher Tsutomu Miyasaka. In the beginning, processes were complicated, and it required ultra-high temperatures, glass was coated with perovskite because it could withstand extreme heat. In 2013, while Malinkiewicz was still a Ph.D. student, she figured out a method to coat flexible foil with perovskites using evaporation method. Later, Malinkiewicz developed an inkjet printing procedure that was cost effective. Mass production was made possible, and the high temperature was no longer needed to coat things with a photovoltaic layer.

Saule, the company co-founded by Malinkiewicz is expected to produce 40,000 square meters of the panel by the end of the year. Skanska, a Swedish construction group, is testing the panels on the facade of a building in Warsaw. The company also has a licensing partnership with Saule to make use of the company’s solar cell technology in its Europe projects. Perovskites are proven to work even in places with less sunlight, and the technology is inching forward to create energy-sufficient buildings. According to current estimates, the panel of 1.3 meters cost approximately 50 euros ($57), and the panel would supply a day’s worth of energy required to power an office workstation.