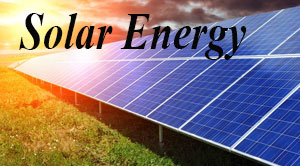 Food and Agriculture Organization predicted that by 2025, nearly two billion people would face water scarcity. The most plausible solution would be desalinizing the seawater to make it drinkable. A team of engineers from the Department of Energy of Politecnico di Torino has created a prototype to desalinate seawater. The device is sustainable, low-cost, and works using solar energy.

The device follows the principle of the plant, which transfers water from its roots to leaves by capillaries and transpiration. The floating device accumulates seawater using a low-cost absorbent material which eliminates the need for expensive pumps. The collected water is heated using solar energy, and the process separates salt from the evaporating water. The process will be aided by membranes to separate contaminated water and drinking water to avoid mixing.  Conventional desalinization requires complex mechanical components and trained technicians which is expensive to maintain. The passive technology proposed by the team at Politecnico di Torino spontaneously functions without the aid of ancillary machinery. The features are apt for coastal regions that have no access to drinking water and areas that cannot afford expensive desalinization machines.

The study has shifted to put in more effort at energy management to give a more efficient output. The team has so far been able to produce 20 liters of drinking water by exposing one square meter to the sun. The technology can be instrumental in a remote and isolated coastal region where sunlight is abundantly available. During disasters like flood or tsunami, people are stranded without electricity and resources, and in situations like this, the device can be a lifesaver. This technology can be used to setup floating gardens in future when the population raises significantly causing a food shortage, and when there is water contamination or intrusion of saline water into fresh water, this device could effectively treat the contamination.