SpaceVR's New Program for Commoners to Experience the Space

SpaceVR's New Program for Commoners to Experience the Space 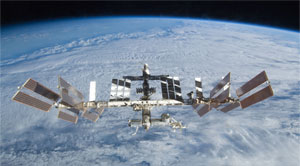 San Francisco, CA: SpaceVR, a virtual reality platform that shares live 3D, 360-degree content from the International Space Station (ISS) breaks the ice for its Kickstarter campaign, a crowd funding initiative to attach a 3D-printed camera mount and 360-degree camera on the ISS.

The collected fund will be used for Overview One, SpaceVR's high-definition camera that is planned to be placed on the ISS's cupola, offering an astronaut's perspective of the world to consumers. The funders will be given rewards for their generous contributions, which includes a first edition poster of the Earth taken from Overview One, one month of access to the first 3D, virtual reality footage captured by Overview One, a limited-edition Samsung Gear VR mirroring the look of an astronaut helmet and an invitation to a VIP dinner with the SpaceVR team in San Francisco.

"Our project gives everyone the opportunity to become an astronaut and to realistically experience seeing the Earth in its entirety – recognizing its preciousness and fragility in our universe. It is our goal to offer this experience to anyone through every virtual reality platform," says Ryan Holmes, Co-Founder and CEO, SpaceVR.

SpaceVR's design carries a camera mount that is 3D-printed on the ISS which is attached to a stereoscopic 3D virtual reality camera that captures live 360-degree views of its surroundings. In near future the technology will be enhanced in a way where it will enable live video feeds captured from Overview One to be projected to SpaceVR subscribers on Earth.

The SpaceVR will kick start the project with its partners NanoRacks and Made in Space once they are funded sufficient enough. The partners will be aiding the company for handling launch logistics, safety approvals and astronaut relations, and 3D printing, respectively. Meanwhile, former astronauts, notable scientists and space entrepreneurs have been taken on board to advice and guide the company in business as well as space-related matters.