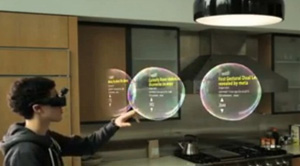 FREMONT, CA: The future of Augmented Reality (AR) revolves around visualizing the natural world through transparent lenses, overlaid with virtual information which helps in interactions using hands and voice. Meta, an augmented reality glasses company born around the same time as Google Glass, plans to reveal its next-gen version of their AR headset. TeleCrunch had been fortunate enough to try the Meta Pro model back at CES 2014. On the same lines, Lucas Matney discusses the upcoming product focusing on the recent video they posted featuring some highly recognized tech influencers talking about the upcoming launch.

Meta inculcates a natural machine approach using the real world as the focus of the interface which allows users to perceive the world around in real-time. Moreover, the AR content observed stays in line with the task involved and because of the natural approach the real world it can still be laden with holograms and controlled with hand gestures or the body. Meta’s objective is to devise a scalable way for people to work together and visualize, and collaborate on same objects.

Meta differs from its competitors as they try out their older devices for precise prototyping. Unlike Google Glass, Meta is more focused on content manipulation through hand-tracking rather than simple AR absorption. Back in 2014, Meta had successfully raised around $200,000 from a Kickstarter project for a prototype.

The video posted on YouTube saw some highly notable people from the technology arena praising highly this upcoming product. Reddit founder Alexis Ohanian is one of the people who tried the Meta AR glasses and is seen praising the product in the video. “This was the first time I’ve ever put something on and felt that I was living in that future that I had been promised for all these years,” said Alexis. Meta has released a countdown timer of 20 days on its website for the product launch, which is again scheduled around the same time when Meta’s CEO shall speak at TED2016. Furthermore, Meta plans to shrink the physical footprints of the new devices, which users can truly find more about after the countdown runs out.