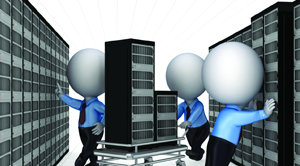 Every day, organizations witness a burgeoning amount of data creating the need to effectively preserve them for future use. What if, a sudden cyber attack occurs in organizations that erases the confidential data and information? It is better to be proactive than panic when the disaster strikes. To tackle situations involving loss of data, it is better to Create Secure Backups to restore data when necessary.

To understand the concept of Docker container backup, it is equally important to figure out the difference between Docker image and Docker container. A Docker image involves an operating system with one or more prefigured applications whereas a container is a running instance created from an image. Many organizations are also adopting Docker containers to lower their IT costs. Since, containerization is likely to endure for a short duration compared to other virtual machines, it is better to create a backup for Docker. Furthermore, as organizations rely on Docker containerization technology for managing IT functions, a complete safeguard should be in place to eliminate disruptions during business operations. Like other data sources, Dockerized data can be lost, corrupted, or modified incorrectly.

A fully fledged Docker data backup can be created through Linux file system, without the need for any particular backup software. The first step in creating a backup is to identify the list of containers that need to be backed up. Once identified, the Docker is run through a docker ps command. Subsequently, a snapshot of the container is created through applying a Docker commit command.

The snapshot then is preserved as Docker image and a backup for the snapshot can be created in two ways; either by logging into the Docker registry hub or as a TAR file within the backup directory. The command is mentioned below for clarity during backup:

See also:  Backups, Tiering, And Archiving- Does your organisation need them all?

Firstly, it enables rapid deployment of applications by slashing the runtime requirements of applications to the minimum. It reduces the application size to ensure seamless deployment. Docker also allows multiple applications to be bundled into a single container, increasing the portability across machines. In addition, the containers can be transferred to another machine that is compatible with Docker. The third functionality includes, robust tracking of the various container versions, identifying differences between them, and returning to the previous versions if required. Containers also further reuse components from existing layers. In addition, Docker allows organizations to share their container with others using a remote repository. Finally, Docker delivers simple maintenance to reduce the effort and risk of problems with application dependencies.

Docker also maintains consistency and security by ensuring that the applications running on containers are segregated and isolated from each other. The isolation also helps in controlling traffic flow and management. Docker has revamped the concept of containerization to the next level; proving to be an effective open source platform for providing seamless and scalable solutions.