Transforming Methane into CO2 to Reduce the Global Temperature 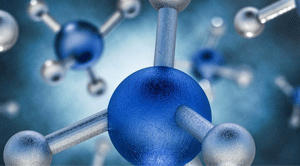 Many techniques have been concocted to gauge the causes, effects, and to curb the results of global warming on earth. A new technique to capture methane from the atmosphere to control the temperature has both positive and negative effects.

FREMONT, CA: A technique to convert methane, the harsher of the greenhouse gases (GHGs) into carbon dioxide, one of the milder of the gases, has been proposed in an effort to tackle climate change.

Methane is calculated to be 84 times stronger and more potent than carbon dioxide over the first two decades after being released into the atmosphere. While the transformation of methane into CO2 will not eliminate air pollution completely, it will reduce about one-sixth of the major factors that affect global warming and create a positive effect on humanity. The International Energy Agency has reported that only seven of the 45 energy technologies and sectors it monitors are at the pace to reach the goals of the Paris climate agreement.

Some GHGs are more penetrative than others, some trap in excess heat in the atmosphere than others. If it is possible to transform the worst of GHGs into reduced damage causing ones, then theoretically the effect is increased to a net positive.

To make a minor difference in the global CO2 budget, billions of tons of CO2 needs to be filtered out from the atmosphere every year. Approximately 5-10 billion tons per year out of the 40 billion tons being emitted at present. Methane exists in 2 parts per million (ppm) in the atmosphere, which accounts to hundred times lower than CO2. Even though the method is expensive, it will still make some of the aspects of the process easier than treatment for CO2.

All these approaches have been considered as distractions as well, from the actual move toward emission reductions. It is not well received by many, as the average concentrations of methane are insignificant compared to other GHGs that are harmful. The technique is relatively more onerous and much expensive, when it comes to capturing the higher concentrations of gases and CO2 is occurring at 400 ppm. Suggestions point toward reducing the methane emissions first rather than managing after pollution is caused, making it much more efficient and probably cost-effective as well.