The latest software testing solution incorporates unique features and enhancements. Stubbing is applied on the functions to dynamically take control on every test case basis in VectorCAST/ Ada. This allows testing to be performed as an individual function from its dependent functions. Another advantage is the addition of Change-Based testing functionality in VectorCAST/Ada which lets engineers to effortlessly evaluate the impact of source code change on the complete software application. Code coverage analysis assists testers to evaluate the effectiveness of tests by identifying which area was impacted during a test.

With VectorCAST/Ada, unit testing can be done natively or on a specific target or target simulator. VectorCASTs run-time support package, VectorCAST/RSP, is the add-on module that makes executing test cases on target hardware automatic and seamless. Additionally, tests can also be implemented in a host environment and re-executed on an embedded target to validate target and cross-compiler performance. 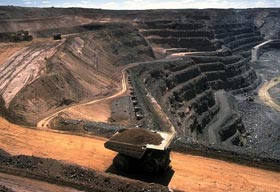